Researchers from Nanchang University in the China wanted to devise a medium-term, reversible form of male contraception. 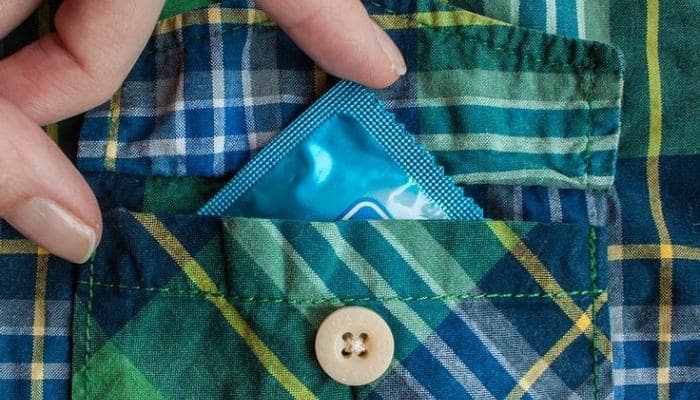 Beijing: Scientists are developing reversible male contraceptives -- inspired by colourful layered cocktails -- that would be more effective than condoms but not permanent like vasectomies. For decades, women have shouldered most of the burden of contraception. However, long-term use of female birth control pills could increase the risk for side effects such as blood clots or breast cancer.

One the other hand, common forms of male contraception are either short-term (condoms) or long-term (vasectomy). However, condoms can fail, and vasectomies, while effective, are not reversible.  Researchers from Nanchang University in the China wanted to devise a medium-term, reversible form of male contraception.

They drew inspiration from cocktails that bartenders make by layering colourful liquids in a glass. If the beverage is stirred or heated, the layers combine into a uniform liquid. Researchers wondered if they could use a similar approach to inject layers of materials to block the vas deferens, the duct that conveys sperm from the testicle to the urethra.

Applying heat would cause the layers to mix, breaking them down and "unplugging the pipeline." The team tested their approach in male rats. They sequentially injected four layers of materials into the vas deferens: a hydrogel that forms a physical barrier to sperm.

The four layers included gold nanoparticles, which heat up when irradiated with near-infrared light; ethylenediaminetetraacetic acid (EDTA), a chemical that breaks down the hydrogel and also kills sperm; and another layer of gold nanoparticles.

The injected materials kept the rats from impregnating females for more than two months. However, when the researchers shone a near-infrared lamp on the rats for a few minutes, the layers mixed and dissolved, allowing the animals to produce offspring.

The researchers said that while the pilot experiment is promising, more research is needed to verify the safety of the materials in humans.