This means that new therapeutic approaches are urgently needed for these patients. 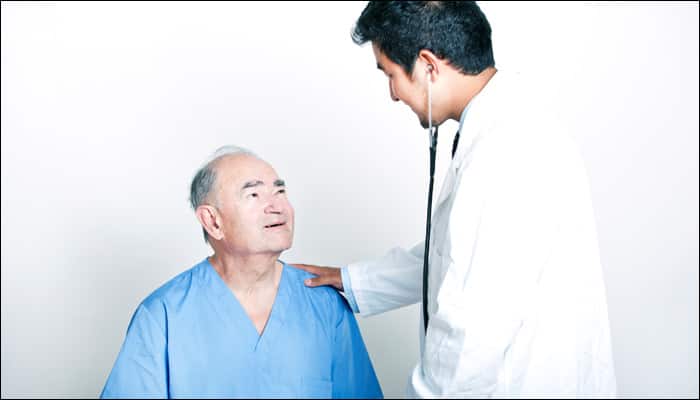 London: A new 'seek-and-destroy' gene therapeutic system may potentially treat prostate cancer in the future, according to a study. The system halted the majority of prostate tumours in the laboratory models, according to researchers at the University of Strathclyde and the Beatson Institute in the UK.

The system was used against two types of prostate tumour, causing 70 per cent of one type and 50 per cent of the other to vanish over a period of one month. These results, published in the journal Drug Delivery, are a promising start for the system as it continues its progress towards the clinic.

Prostate cancer is the fourth most widespread cancer in the world, the second most common in men and the most commonplace in Europe and North America, researchers said. It causes the death of 300,000 patients worldwide each year and its incidence has continually increased over the last two decades, they said.

"Although some treatments, including chemotherapy and radiotherapy, can be effective against localised tumours, there is still no effective treatment for patients whose cancer recurs or spreads," said Christine Dufes, a Senior Lecturer at the University of Strathclyde.

This means that new therapeutic approaches are urgently needed for these patients. "Gene therapy could be highly promising for the treatment of prostate cancer, but its use is currently limited by the lack of delivery systems which can selectively deliver the therapeutic genes to the tumours without adverse side effects for healthy tissues," said Dufes.

"To address this, we develop a new 'seek-and-destroy' nanomedicine linked to an iron-carrying protein called lactoferrin, whose receptors are found in large amounts in many cancers. The results show that it is highly promising for the treatment of prostate cancer by gene therapy," she said.

The research was carried out on two prostate cancer cell lines, PC-3 and DU145, in laboratory settings. The intravenous administration of the nanomedicine treatment resulted in the complete disappearance of 70 per cent of the PC-3 tumours and half of the DU145 prostate tumours over one month.

"We are delighted to see that this research is making the advances that could one day see gene therapy used to treat prostate cancer patients in the clinic," said Matthew Lam, Science Communications Manager at Worldwide Cancer Research, which funded the research.

"The clever chemistry employed in this study to enable the delivery of the treatment right at the heart of the tumour is a promising step forward," Lam said.