Smoking one pack daily can cause 150 mutations in lung cells, claims study

Individuals who smoke one packet of cigarettes a day develop an average of 150 extra mutations in their lungs every year, researchers have warned. 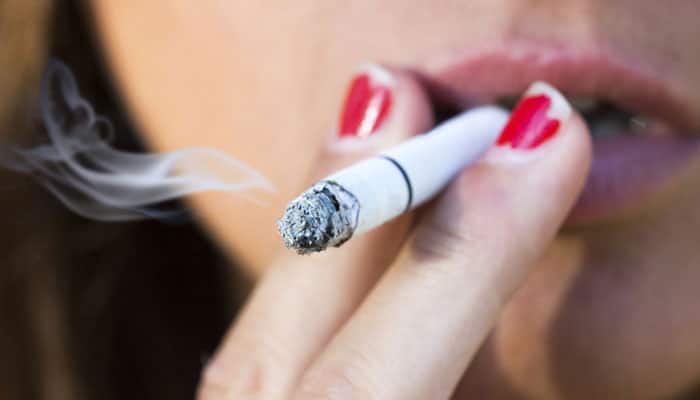 New York: Individuals who smoke one packet of cigarettes a day develop an average of 150 extra mutations in their lungs every year, researchers have warned.

These alterations in the DNA represent individual potential start points for a cascade of genetic damage that can eventually lead to cancer, the study said.

The study provides a direct link between the number of cigarettes smoked in a lifetime and the number of mutations in the tumour DNA.

"With this study, we have found that people who smoke a pack a day develop an average of 150 extra mutations in their lungs every year, which explains why smokers have such a higher risk of developing lung cancer," said lead author Ludmil Alexandrov from Los Alamos National Laboratory, in the US.

Tobacco smoke -- which contains more than 7,000 chemicals including over 70 known to cause cancer -- has claimed the lives of at least six million people every year and, if current trends continue, more than one billion tobacco-related deaths in this century are predicted by the World Health Organisation, the researchers said.

The highest mutation rates were seen in the lung cancers but tumours in other parts of the body also contained these smoking-associated mutations, explaining how smoking causes many types of human cancer -- caused by mutations in the DNA of a cell.

In the first comprehensive analysis of the DNA of cancers linked to smoking, researchers studied over 5,000 tumours, comparing cancers from smokers with cancers from people who had never smoked.

They found particular molecular fingerprints of DNA damage -- called mutational signatures -- in the smokers' DNA, and counted how many of these particular mutations were found in the different tumours, the researchers reported in the paper appearing in the journal Science.