PPAR-delta activation has the potential to increase physical endurance and trim waistlines by getting muscle cells to burn more fat, according to the study published in the Scientific Reports journal. 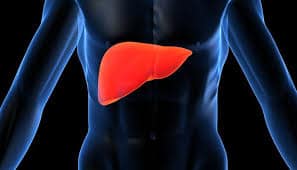 Jerusalem: Israeli researchers have discovered 27 new molecules, which may lead to a potential treatment for fatty liver disease, obesity and to heal wounds.

The findings, led by Professor Amiram Goldblum at the Hebrew University of Jerusalem, were made possible by a new algorithm, which chose the 27 molecules with the strongest therapeutic potential from a database of 1.56 million molecules.

PPAR-delta activation has the potential to increase physical endurance and trim waistlines by getting muscle cells to burn more fat, according to the study published in the Scientific Reports journal.

"With such a large group of highly active molecules, there is a high probability to find treatments for several common diseases. However, we should wait till all the experiments are done before we get our hopes up too high," said Goldblum.

Future evaluations will hopefully include testing treatments for improved wound healing, and to prevent kidney toxicity in diabetics, the researchers said. There is much pharmaceutical interest in Goldblum`s new molecules.

Integra Holdings, Hebrew University`s biotech company, determined that 21 of the 27 have the potential to reach pharmaceutical success, especially as a possible cure for fatty liver disease. In addition, Israel`s Heller Institute of Medical Research is currently testing PPAR-delta`s physical endurance properties on mice.

Goldblum predicts that in a few years we will hopefully be seeing several of these molecules in the pipeline for clinical studies on humans.

Tags:
Hebrew University of JerusalemStudy on liver diseasePPAR-delta
Next
Story