Over 200 persons belonging to Army, ITBP, Himachal Pradesh Police and District Disaster Management are deployed in the rescue operation. 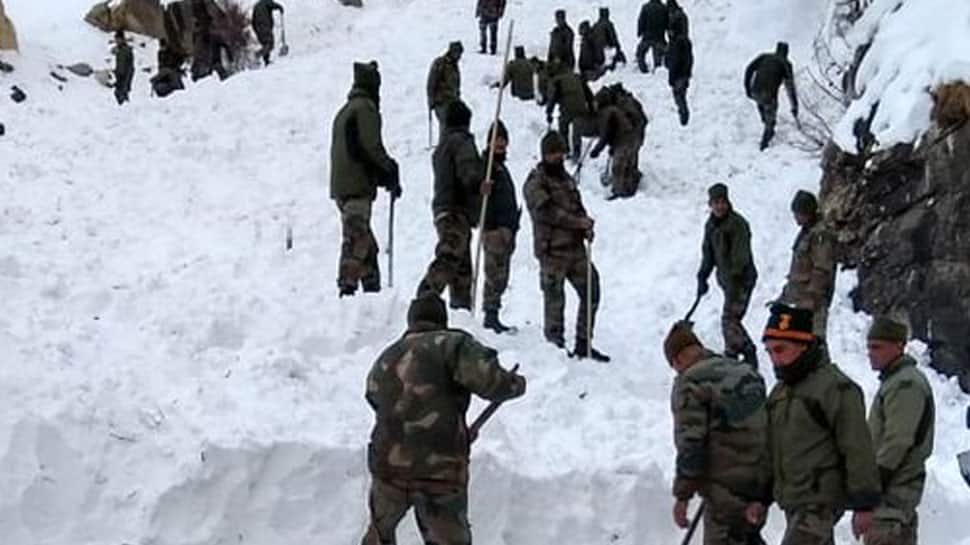 SHIMLA: A combined team of rescuers on Friday resumed the operation to save five Army personnel trapped in snow hours after an avalanche hit their patrol party at Namgia Dogri in Kinnaur district of Himachal Pradesh earlier this week.

News agency ANI reported that the operation to rescue five Army personnel, belonging to Jammu and Kashmir Rifles, who were trapped in snow avalanche at Namgya in Kinnaur district has resumed.

Over 200 persons belonging to Army, ITBP, Himachal Pradesh Police and District Disaster Management are deployed in the rescue operation, it said.

Himachal Pradesh: Operation for rescue for 5 Army personnel trapped in snow avalanche at Namgya in Kinnaur district has been resumed. Over 200 persons of Army, ITBP, local police and District Disaster Management are deployed in the rescue operation. (File pic) pic.twitter.com/bPHG9BVHD3

The inclement weather had hampered the rescue operation for hours near the Tibet border with Himachal Pradesh, where the snow avalanche killed a soldier while five others went missing.

As the searches entered the third day, the authorities suspected that the chances of survival of the five trapped in the snow pile were minimal.

"This morning the search operation could not begin due to overnight snowfall. We are hopeful the operation will resume later in the day as there are chances of the weather getting cleared," a state government official had earlier told IANS.

He said the search mission, comprising army men and district rescuers, had largely remained suspended on Thursday due of continuous heavy snow and avalanche warnings in the area.

An avalanche was triggered on Wednesday when the glacier near Namgia Dogri bordering Tibet slid, burying six soldiers of the Jammu and Kashmir Rifles when 16 of them were on a routine patrol.

The state government said two separate parties of the Army and the ITBP were patrolling at Namgia Dogri when the avalanche hit.

The soldier, who died has been identified as Rajesh Kumar, 41.

The disaster spot, which is some 350 km from the state capital, has been witnessing heavy snowfall over the past few days.