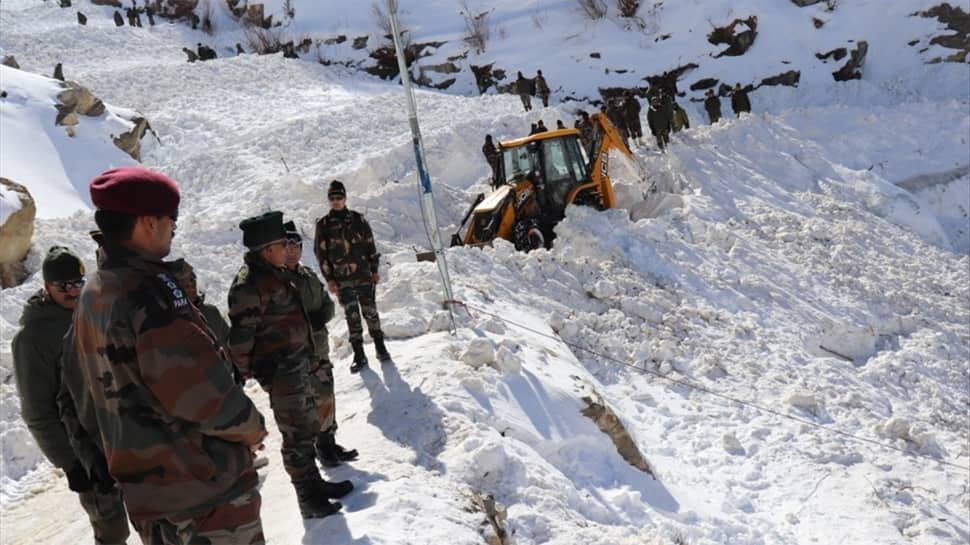 Shimla: The body of one of the five Army jawans missing for the last 10 days in an avalanche in Himachal Pradesh's Kinnaur district was recovered Saturday, district officials said.

Twenty-five-year-old Rajesh Rishi was one of the six jawans of the Army's 7 JAK Rifles who were buried under the avalanche that occurred near the Shipki La border outpost in the state's tribal Kinnaur district on February 20.

He was a resident of Himachal's Solan district, Kinnaur district public relations officer Mamta Negi said. She said the body was being taken to Pooh and from there it will be sent to his native place in Jagatpur village.

About 500 personnel have been deployed to search the other four trapped Army jawans in the avalanche, she added.

The body of one of the jawans, Havaldar Rakesh Kumar of Ghumarpur village in Bilaspur district, was recovered the same day when the avalanche occurred.

The search and rescue operations are being closely monitored by the Headquarters Western Command, a defence spokesperson said.

Lt Gen PM Bali, Chief of Staff, Headquarters Western Command, visited the site a few days ago and assured that all efforts were underway for search of the missing Army persons.