The bodies were taken to Pooh from where they will be sent to their native places. 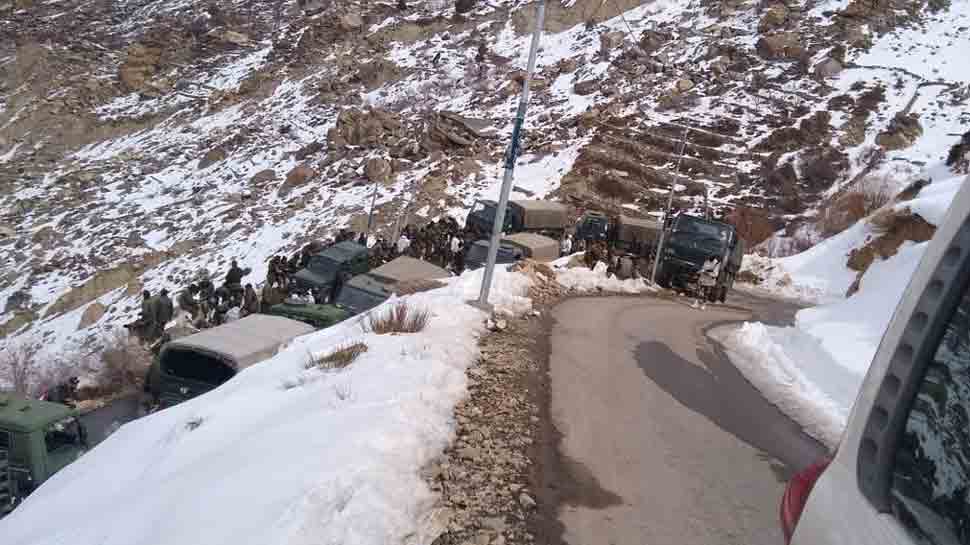 Shimla: The search and rescue operation for soldiers trapped by an avalanche in Himachal Pradesh's tribal Kinnaur district was called off after the bodies of the last two missing soldiers were recovered on Thursday, a defence spokesperson said.

Naik Videsh Chand, Rifleman Arjun Kumar and four other jawans of the 7 Jammu and Kashmir Rifles were buried under the avalanche at Shipki La near the Sino-India border on February 20.
Chand and Kumar's bodies were recovered on Thursday morning, 23 days after the incident.

The bodies were taken to Pooh from where they will be sent to their native places.

The body of Chand, from village Thrauna in Nirmand tehsil of Kullu district, will be moved to Jhakri in the evening, he said adding that Chand's last rites would be performed Friday morning.

The body of Kumar, from village Kattal Brahamana, Hira Nagar, in Jammu and Kashmir's Kathua district, will be airlifted by an advanced light helicopter (ALH) to Janglot Friday and then it would be sent by road to his native village, he said.

Earlier the bodies of four jawans were recovered on separate days.

Havaldar Rakesh Kumar's body was recovered on the day of the avalanche, while the bodies of Riflemen Rajesh Rishi and Govind Bahadur Chhetri and Nitin Rana were recovered on March 2, 4 and 9 respectively.

About 400 personnel and several residents of Khab village carried out the search and rescue operation despite adverse weather conditions, the official said.