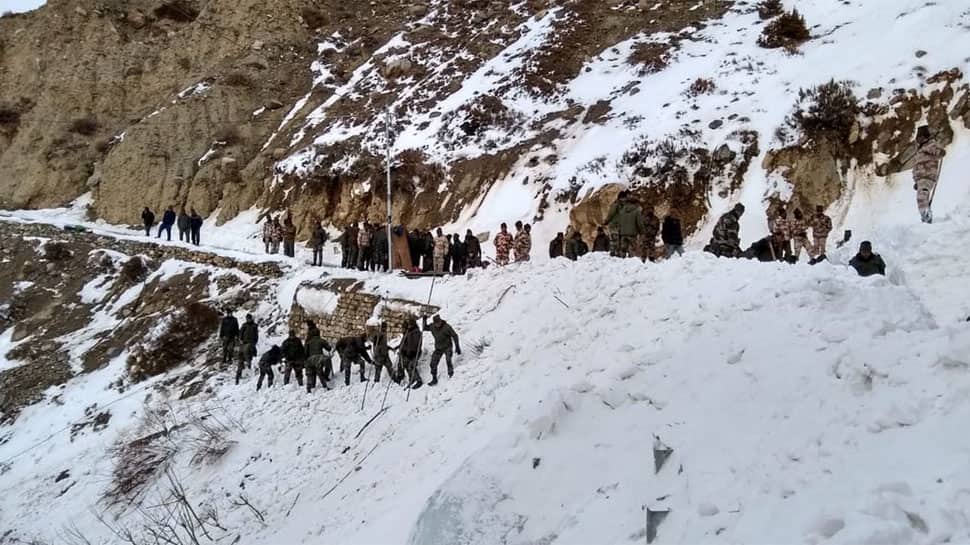 A combined team of over 200 personnel of Indian Army, Indo-Tibetan Border Police, Himachal police and District Disaster Management has been working towards rescuing the five since Wednesday. Operations were halted on Thursday and then again on Friday night due to inclement weather.

Six jawans of the Army's 7 JAK Rifles -- four from Himachal Pradesh and one each from Uttarakhand and Jammu and Kashmir -- were buried under the avalanche that occurred near the Shipki La border outpost in Kinnaur district around 11 AM on Wednesday. The six were on routine patrol.

The state government said two separate parties of the Army and the ITBP were patrolling at Namgia Dogri when the avalanche hit.

The last rites of Army jawan Rakesh Kumar, whose body was recovered the same day, was cremated with full military honours in his native village in Himachal Pradesh on Friday.

Meanwhile, a fresh avalanche of about 120 metres in length and 20 metres in height hit the Tinku Nullah area in Kinnaur district on Friday, district public relations officer Mamta Negi said, adding that no loss of life or property was reported.