Harendra Singh had a major role to play in reviving Sardar's career and the former captain said the sacked India coach wasn't given enough time to prove his worth with the senior national side. 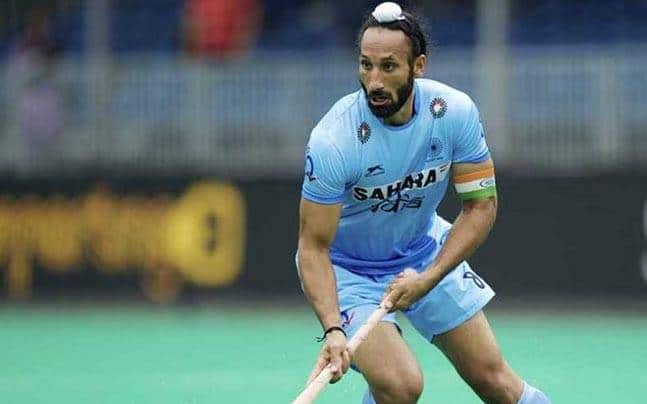 Former captain Sardar Singh has been included in a 13-member Hockey India selection committee, to be headed by B P Govinda, a member of the 1975 World Cup winning team.

Sardar, who wanted to continue playing till the 2020 Tokyo Olympics but was forced to quit after a disappointing Asian Games campaign last year, confirmed the development.

"Yes, I was offered the role and I accepted it. It is a new challenge for me and I am always eager to serve Indian hockey in any way I can," Sardar told PTI on Tuesday.

"It's a completely different challenge and an exciting one. All these years I served as a player now I got the opportunity to serve from the other side of the table," he added.

Having been on the other side of the pitch just a few months back, Sardar very well knows what it takes to build a team and pointed out that any day he would prefer experience over youth.

"I have been player for the past two decades and I know what is important for a team. Youth can never replace experience. What I feel is that any good team is a balance of youth and experience. Look at Belgium," he said.

"As a selector my approach would be the same. I would always vouch for experience but at the same time will like to see good youngsters in the team. India need experienced players like P R Sreejesh, Rupinder Pal Singh and S V Sunil to guide the youngsters till the 2020 Tokyo Olympics," Singh added.

Post retirement, Sardar is a busy man, working on numerous personal projects like his upcoming academy in Haryana and also an NGO. To add to it, he also has a few offers lined up to play in European leagues.

Asked how will he prioritise, the former star midfielder said, "It won't be a problem at all. Yes, I am working on a few personal things but serving Indian hockey is always a priority for me."

Harendra Singh had a major role to play in reviving Sardar's career and the former captain said the sacked India coach wasn't given enough time to prove his worth with the senior national side.

"I think it was not a wise decision. Harendra (bhai) is one of the best coaches of India. I think we didn't give him enough time. In the 4-5 tournaments with the senior side he managed 3 podium finishes for India.I think any coach needs at least 4 years to build a team and get desired results," Sardar said.

Sardar said that with no one at the helm, the Indian men's hockey team is now in a no man's land with the Tokyo Olympics just a year-and-a-half away.

"We have to go through a difficult Olympic qualifier and any new coach will take at least 5-6 months to get his footing. With a new coach there is always the risk of adopting to a completely new style of hockey," he said.

"So I think it wasn't a wise decision. But as players we don't have any say. We have to play and adapt to circumstances that we are put through,"the former Indian skipper signed off.