Indian men's hockey coach Harendra Singh was Wednesday sacked from the position following a disappointing 2018 and offered the task of helming the junior squad by the national federation. 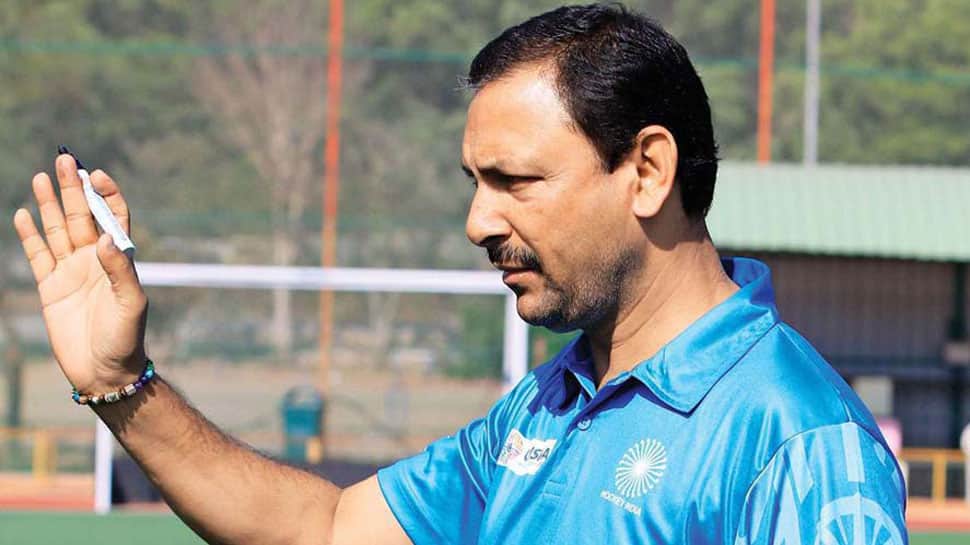 New Delhi: Indian men's hockey coach Harendra Singh was Wednesday sacked from the position following a disappointing 2018 and offered the task of helming the junior squad by the national federation.

Constant chopping and changing of coaches is a frequent phenomenon in Indian hockey and Harendra, who was appointed in May, is the latest casualty.

"Though the year 2018 was very disappointing for the Indian Men's Hockey Team with results not going as expected, Hockey India (HI) believes investing in the junior program which will reap long-term benefits," HI said in a statement explaining the reasons behind Harendra's axing.

The Junior World Cup-winning coach took charge after India's medal-less showing at the Gold Coast Commonwealth Games but was unable to change the team's fortunes.

India were also below-par in the Asian Games in Indonesia, settling for a bronze after going into the tournament as the defending champions. They ended the year with a quarterfinal loss in the World Cup in Bhubaneswar.

"Hockey India will shortly be advertising and will invite applications for the position of the Chief Coach of the Indian Men's Hockey Team which will be returning to training camp in February 2019 for the Sultan Azlan Shah Cup scheduled to commence from 23 March 2019.

"In the interim, the team will be overseen by Hockey India High Performance Director, David John and current Analytical Coach, Chris Ciriello," the statement added.

The decision to reassign Harendra was taken by the HI High Performance and Development Committee on Monday with an aim to build a "strong base" ahead of the 2021 Junior World Cup and the 2020 and 2024 Olympics.

"The offer (of junior head coach) has been made to Harendra Singh for taking charge of the Junior Men's team commencing from the camp slated to start in March 2019," HI said.

Harendra took the junior team to the World Cup title in 2016. As women's chief coach, he had swapped places with Dutchman Sjoerd Marijne to join the men's squad ahead of the August-September Asian Games.

India's practice of firing coaches at regular intervals has been criticised by many experts of the game including legendary Australian captain and coach Ric Charlesworth.

Changes in the support staff were expected following India's quarterfinal loss to Belgium in the World Cup at home last month. The fifth-ranked Asian team was aiming to win its first World Cup medal since 1975.

"It is completely unprofessional from Hockey India. With less than two years to go for the Olympics, this is the last thing India needed. But seeing the trend (of changing coaches frequently) it is not a surprise anymore. You can't expect the team to win like this," former India captain Zafar Iqbal told PTI.

"Even Germany lost in the semi-finals but that doesn't mean their team was bad," said Iqbal.