India will play their third match of the tour to Spain on Tuesday. 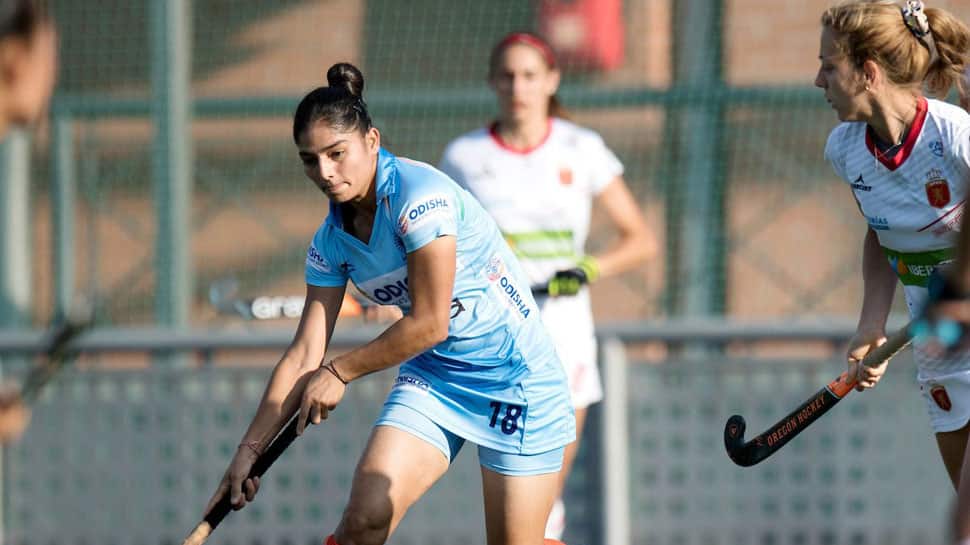 The Indian women's hockey team earned a hard-fought 1-1 draw against Spain in the second international match after having lost the opening encounter by a close margin.

Gurjit Kaur's 43rd-minute strike was nullified by home team's Maria Tost in the 49th minute during an encounter on Sunday evening.

Having lost 2-3 to Spain in their opening match on Saturday, the Indian team put up a spirited performance in a high-voltage second encounter here.

While the first quarter ended in a stalemate, the second quarter saw India make a breakthrough with their first penalty corner of the match. The penalty corner was re-taken but well-saved by the Spanish goalkeeper.

It was goalless at half-time but Spain created a penalty corner opportunity soon into the third quarter. The Indian goalkeeper made an impressive save to deny the hosts. In the following minutes, India increased their tempo that resulted in yet another short corner, which was brilliantly struck by dragflicker Gurjit Kaur.

The joy of 1-0 lead against the 2018 Women's World Cup Bronze Medal winners was shortlived as a defensive lapse by India gave way to Spain scoring a beautiful field goal through Tost in the 49th minute which levelled the scores 1-1.

The final quarter remained intense until the hooter with both teams taking their game a notch above and pushing for a winning goal but neither succeeded with the match ending in a draw.

India will play their third match of the tour on Tuesday.