Angelina Jolie looks all dark in 'Maleficent: Mistress of All Evil' trailer

According to E-News, Angelina Jolie is back as her iconic, horned titular character while Elle Fanning returns as the sweet-natured Princess Aurora. 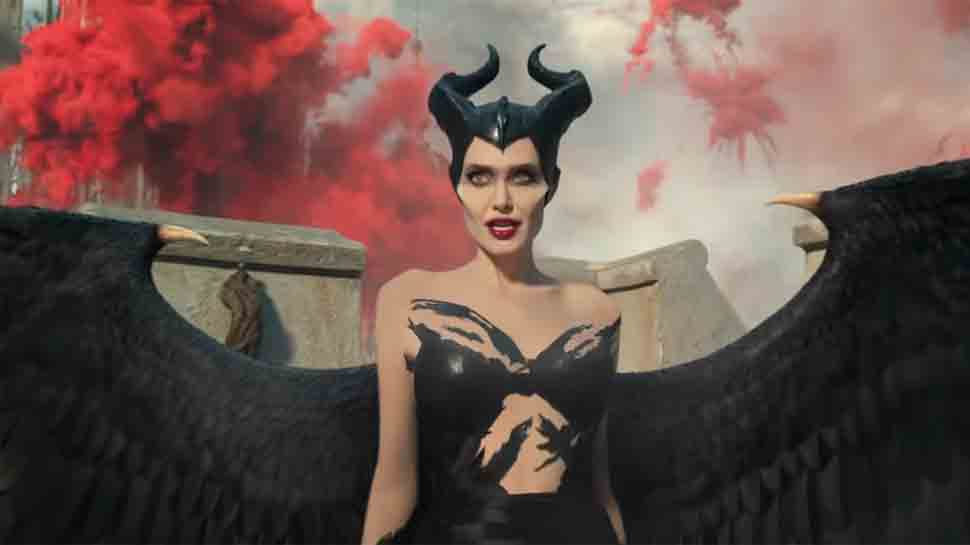 According to E-News, Angelina Jolie is back as her iconic, horned titular character while Elle Fanning returns as the sweet-natured Princess Aurora.

The two-minute video opens with Prince Phillip (Harris Dickinson) proposing to Aurora. "Five years ago, I thought I lost you forever," he says. "There is no curse that could ever tear me away from you." Alas, their happy news is hardly met with glee from Maleficent.

"Love doesn't always end well," she warns, later shouting, "This is no union! There will be no wedding!"

Just as in the end, we expect a happy ending. But in the trailer happily ever after isn't the only thing that seems to be tearing apart Maleficent and Aurora. There's also Michelle Pfeiffer's Queen Ingrith--Aurora's soon-to-be mother-in-law--who hopes to unite the neighbouring kingdoms at any cost.

The film which is slated to hit the theatres in May 2020, the House of Mouse surprised viewers and announced the live-action film would be bumped up to this year.

Last year in May, Jolie, and Fanning teased fans with the sneak peek they had been craving. "It brings your mom to work day on the #Maleficent2 set!!!!!" Fanning captioned a goofy selfie of the duo partially costume.