Crawl movie review: It is packed with suspense and tension

The total packaging of the film keeps you glued to the screen in spite of the fact that the concept is borrowed from various films of its genre. 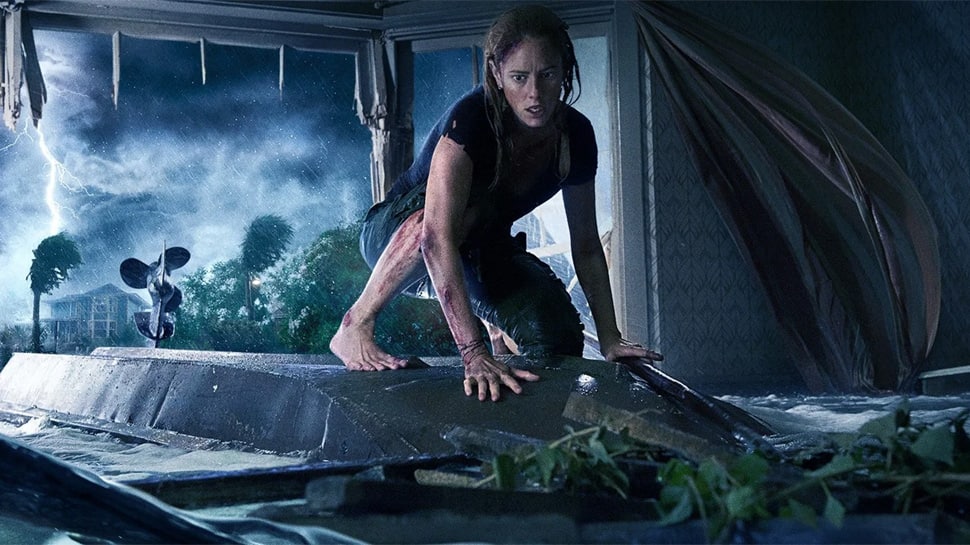 Crawl is one of the unexpectedly better films released this ‘Dump period', (August to September) when commercial and critical expectations are low in Hollywood. It is a good survival-horror thriller and certainly not for the faint-hearted.

It is hurricane season in Gainesville. The plot follows ace swimmer Haley Keller (Kaya Scoldelario) who, after a disappointing practice session, receives a call from her sister informing her that their father Dave (Barry Pepper) is not responding to her phone calls.

Without anticipating the impending danger, Haley sets out to their old family house in search of her father, only to find him incapacitated and trapped in the obnoxious crawlspace below the floorboards, by the swelling river and alligators that have sneaked into the flooded town. How a battered and bruised Halley rescues her father and their dog Sugar, forms the crux of this narrative.

The total packaging of the film keeps you glued to the screen in spite of the fact that the concept is borrowed from various films of its genre, especially "The Shallows" (2016), in which Blake Lively plays a woman forced to use little but her wits to survive a hungry shark.

Within 15 minutes of "Crawl", however, you are hooked to the life of the protagonist. The plot is packed with tense, nailbiting moments, and, despite some over-the-top, bone-cracking scenes and amusing dialogues, it will have you sitting on the edge of your seat, squirming in anticipation at Haley's helplessness.

The script, written by Michael and Shawn Rasmussen, relies heavily on not just Haley's aquatic skills, but also on the father-daughter bonding, where the aggressive dad pep-talks his daughter to think of herself as an "apex predator" and overcome her obstacles.

Kaya Scodelario as Haley shows believable grit in this critter vs human staging. She is even able to project strength, fierceness and fear while being filmed underwater. She is aptly supported by Barry Peppers as her father, Morfydd Clark in telephonic-cuts as her sister Beth and Ross Anderson as Wayne, the police officer who comes looking for her. Together, they help Kaya shine through all character.

The director manages to create a fantastic atmosphere of suspense and scares with space and elements, but loses steam in the pre-climax portion of the second act. The protagonist takes some mindless decisions, which makes the rest of the film appear formulaic and crafted.

It is also a pity that the flighty number, "See you later alligator", which plays during the end credits dissipates the charged tension.

Overall, however, the film delivers what it promises and is worth your ticket price.