The incident took place at one of the stages at Warner Bros. Studios located in Leavesden, Hertfordshire in England, reported Variety. 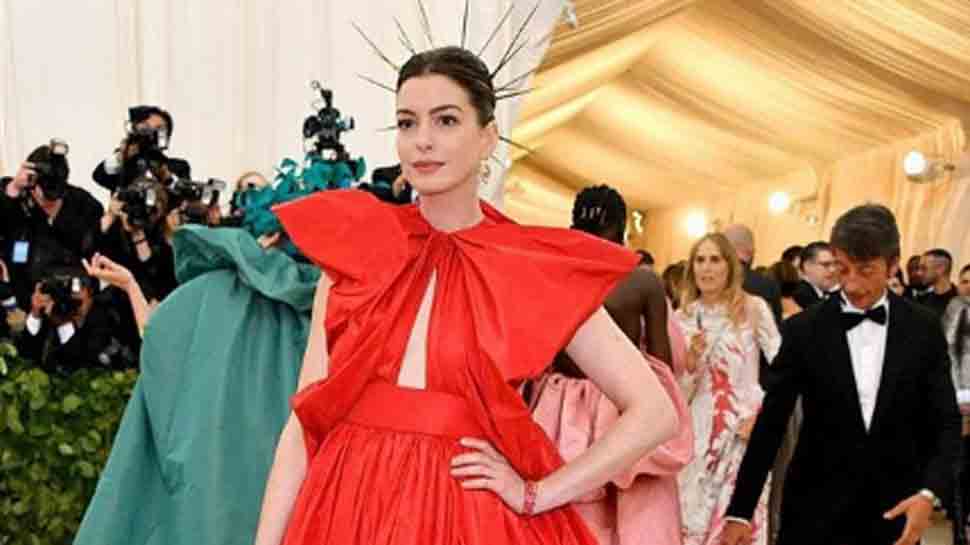 Washington DC: A crew member working on the upcoming reboot 'The Witches', starring Anne Hathaway, was stabbed on the film's sets on Wednesday during a confrontation with a co-worker.

The incident took place in the afternoon at one of the stages at Warner Bros. Studios located in Leavesden, Hertfordshire in England, reported Variety.

The injured person was later taken to a hospital and his alleged attacker was arrested, police said.

Hathaway's whereabouts at that time were not known and it is unclear if she or any of the other members witnessed the incident, reported E! News.

A spokesperson for Warner Bros. confirmed to the Hertfordshire Mercury newspaper as cited by E! News that a "knife-related incident" had taken place on the film sets and that inquiries were ongoing to establish the circumstances, saying, "I can confirm that there was an isolated workplace incident at the Warner Bros. studio production facility and the police are now handling the matter."

The two men are believed to have known each other, according to the statement by a police spokesperson.

The police spokesperson told the newspaper that "One man sustained a neck injury and was taken to hospital by ambulance. A second man was arrested on suspicion of wounding with intent to do grievous bodily harm and is currently in police custody. It is believed the men are known to each other. Inquiries are continuing at this time to establish the circumstances around what happened."

"I heard the argument, but couldn't make out what they were saying. They were shouting," a source told The Sun as cited by E! News.

"As I left the studio and got round the corner, studio security went flying round with flashing lights. When I asked my pal what was going on, he said after I left one got stabbed in the neck with a flip knife, like a work one, from his tool belt," the source added.

Hathaway will play the Grand High Witch in Robert Zemeckis' remake of 'The Witches', based on the late Roald Dahl's 1983 children's book of the same name. Apart from Hathaway, Chris Rock and Octavia Spencer will also feature in the film.

'The Witches' movie was released in 1990 and famously starred Anjelica Huston as the villain.

Ranbir Kapoor, Alia Bhatt colour-coordinate as they arrive together at airport — Pics