Dora and the Lost City of Gold

Dora And The Lost City Of Gold review: A frothy adventure

Based on Nickelodeon's wildly popular "Dora The Explorer" series, this live-action adaptation is engaging and entertaining, but silly at times. That is because, Dora's adventure seems to be lazily crafted. 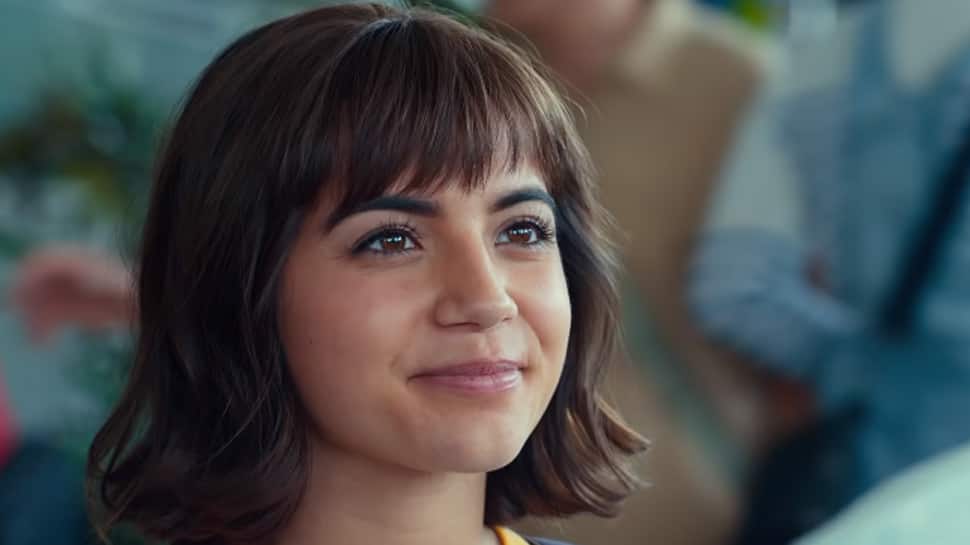 Despite a strong cast, clean fun with the perils of adventure and teen angst, Director James Bobin's film feels like it is stuck in another era, a time that today's kids are oblivious of.

Based on Nickelodeon's wildly popular "Dora The Explorer" series, this live-action adaptation is engaging and entertaining, but silly at times. That is because, Dora's adventure seems to be lazily crafted.

The narrative begins with the six-year-old Dora and her cousin Diego leading a carefree life in the jungle, with lots of imagination. This sequence hits on all the iconic aspects of the original cartoon. Soon Diego leaves for the city and Dora continues living in the jungle with her parents (Michael Pena and Eva Longoria), who are explorers.

Then ten years later, 16-year-old Dora is an expert navigator who spends most of her free time living out her fantasy of hosting an adventure show with her loyal monkey, Boots. She is sent to Los Angeles to attend High School, while her parents go in search of the lost Inca city of Parapata. In LA, she lives with Diego and his family.

In the city, Dora struggles to fit in within the school environment. During a field trip to a museum of natural history, circumstances makes her team up with Sammy, an over achiever who is threatened by Dora's intelligence, her constantly embarrassed cousin Diego, and a nerd and fellow outcast, Randy.

Soon the plot takes a twist and we find the quartet, forced into an expedition that is so akin to the "Indiana Jones" franchise. The narrative is frothy, never taking itself too seriously, yet for its young audience, it may prove satisfying with well-choreographed action sequences and several life lessons that it offers.

On the performance front, Isabela Moner, who was earlier seen in mature roles in films like "Instant Family" and "Sicario: Day of the Soldado", now dressed in the same hairstyle as the popular Dora from the original animated series, exudes a bright and optimistic disposition to the titular role. She is upbeat, natural and provides enough heft to her character to make you invest in her.

She is aptly supported by Jeff Wahlberg as Diego, Madeleine Madden as Sammy, Nicholas Coombe as Randy and Eugenio Derbez as the antagonist Alejandro. They all have their moments of on-screen glory.

Michael Pena and Eva Longoria play Dora's parents with equal enthusiasm, but at times their reactions seem over the top.

Joining the actors are CG animated characters Boots, voiced by Danny Trejo, and Swiper the fox, voiced by Benicio Del Toro. These are fun characters who make the narrative interesting and exciting.

The animation meshes seamlessly into the live action visuals and the 3D animation enhances the viewing experience.

Overall, "Dora And The Lost City Of Gold" is bound to entice the younger audience and keep them riveted to the screen to be one with her in her expedition.

Pakistan bans Indian films from being screened in country