Even angels, demons can work together for Earth's betterment: Jon Hamm

The Amazon Prime Video series, based on the iconic 1990 novel by Neil Gaiman and late Terry Pratchett, stars Michael Sheen as angel Aziraphale, and David Tennant as demon Crowley. 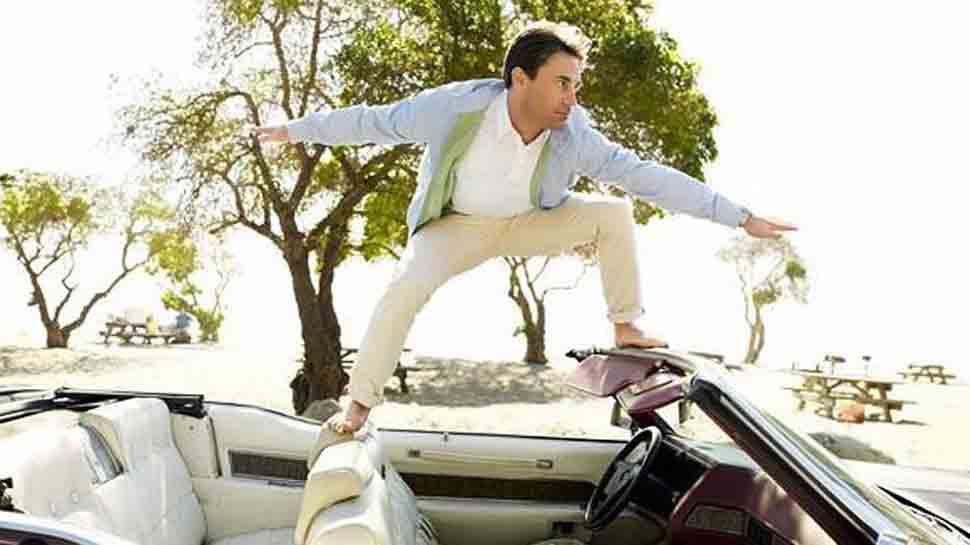 The Amazon Prime Video series, based on the iconic 1990 novel by Neil Gaiman and late Terry Pratchett, stars Michael Sheen as angel Aziraphale, and David Tennant as demon Crowley.

Hamm, who had his little tryst with India with "Million Dollar Arm", plays Archangel Gabriel, leader of the forces of Heaven. It`s a role that was mentioned once in the original novel, and it was meant to be expanded in a probable sequel to "Good Omens". But it has got its due in the show, which has been adapted for the screen by Gaiman himself.

What is it that Hamm hopes people take away from the series?

"I hope people think that even an angel and demon can work together for the betterment of the Earth and maybe, conservatives and liberals can, and Arabs and Jews... and everyone can get together and work it out. I hope that`s what the audience takes away," Hamm told IANS in a telephonic interview from London.

The novel was penned almost three decades ago, but there`s a resonance in today`s time.

"It`s interesting. When the book was published in 1990, the Cold War had just ended, and the idea of humanity and planet was sort of not there anymore for the first time in sometime. Over the course of the last 30 years or so, we have accelerated the pace towards what many people may think will be the end of the world, but the idea of the show is that when people work together, that`s how you tend to solve problems.

"That`s what the book says... and the show is about the growth of people across cultures, countries, nationalities and religions and everything else, because it is essentially a story of humanity."

In a career that has seen him transcend from the television to films to the digital medium, Hamm, 48, is only grateful for the pool of opportunities that have opened up in showbiz over the years.

"It is exciting from the creators` end of things, and also from a consumer point of view. I think it has never been a better time to be a fan of watching things on-screen because there is such a wide variety.

"There are documentaries, short subject, long form television storytelling and there are features, animations and so many things that are being made and distributed at a high level than when you only had the traditional broadcast cable and simply cinematic feature exhibition. By nature, you couldn`t allow a lot of things to get made because of costs... But now there is so much more opportunity. From the point of view of an actor also, I can do a lot more stuff."

He credited Amazon for "supporting the vision and the ability to get `Good Omens` made in the way that it should be made".

"Over the last 30 years, there have been several attempts to try and turn into this filmed entertainment. That failed mostly because one couldn`t put this story in a two and a half hour window of a feature film. These guys really came into it and delivered."

Technological advancement, he said, has really driven things in the industry.

It is also one driving factor in his upcoming film adventure "Top Gun: Maverick", the much-awaited sequel to the 1980 film "Top Gun".

Without giving away much about the movie, which features Tom Cruise and Val Kilmer reprising their roles from the first film, Hamm said: "It`s a continuation of Maverick`s story and it is going to be very exciting. The technology has evolved, and it is really really cool. I can`t wait for people to see it in summer of 2020."

That apart, he said he will be a part of a planned movie version of Netflix series "Unbreakable Kimmy Schmidt".