Dwayne Johnson (as Luke Hobbs) and Jason Statham (as Deckard Shaw) have long deserved a film of their own and 'Fast and Furious Presents: Hobbs and Shaw' does full justice. 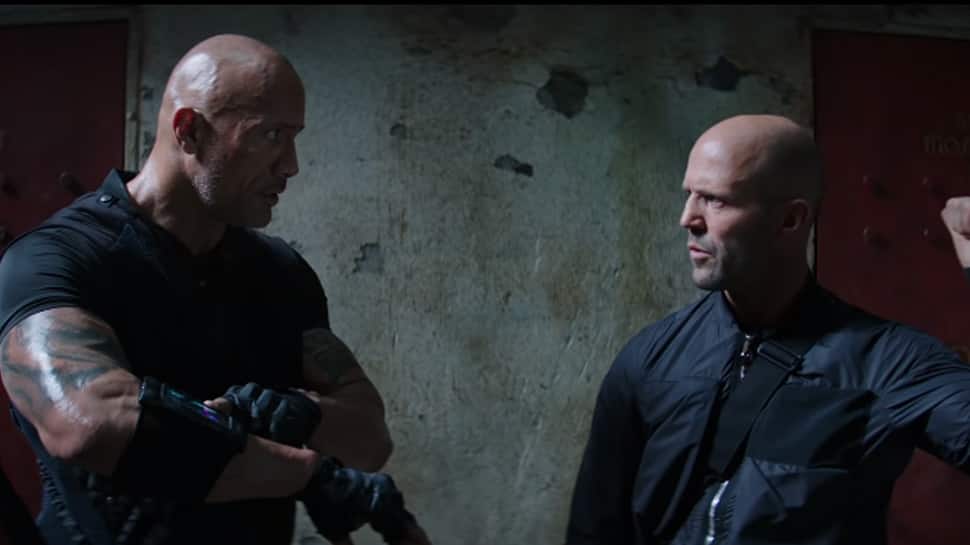 What happens when two dissident and sturdy men, who were once arch-rivals, come together to fight against a common enemy? The answer is - 'Hobbs and Shaw'. This remarkable spin-off of the 'Fast and Furious' franchise is an out-and-out entertainer.

Director David Leitch has packed the film with jaw-dropping action sequences, humour, and emotions. Dwayne Johnson (as Luke Hobbs) and Jason Statham (as Deckard Shaw) have long deserved a film of their own and 'Hobbs and Shaw' does full justice.

The film begins with MI6 agent Hattie Shaw (played by Vanessa Kirby of 'The Crown' fame) securing a deadly virus. Without wasting any time, we come face-to-face with the 'Bad Guy', Brixton (Idris Elba) who intends to 'evolve' humanity by getting his hands on the virus. Hattie escapes with the virus, having no choice apart from injecting it in herself to keep it safe.

The scene changes and our heroes, agent Hobbs and Deckard Shaw light up the screen. While Hobbs spends quality time with his daughter, having lunch in a quite restaurant, Shaw pays a visit to his mother, who is in prison (and is a threat to their security, of course!).

The two are soon ushered in by the CIA to join forces and defeat Brixton. I don't know about others but sitting in the theatre and watching the CIA agent mention the last job in New York gave me pangs of nostalgia about 'The Fate Of The Furious'.

We are also introduced to Hobbs's mother and brothers when the film takes us to Samoa- a beautiful island which serves as his home.

The rest of the film shows how the two men, who can't even talk without insulting each other, team up to save the world (which is the fourth time for The Rock by the way because he is pretty good at it!) as well as Shaw's sister, Hattie, by getting the virus out of her. The bond between the two siblings has been sketched beautifully. The film, like most others of the 'Fast and Furious' franchise, places heavy emphasis on the importance of family. You'll be reminded of Dom (Vin Diesel) saying- 'You never give up on family' when Shaw says the same to his sister.

Coming to the performances, Dwayne Johnson did what he does best- 'Smash' and the theatre was full of excitement when he channelled his inner wrestler during a fight scene.

Jason Statham is the king of swag and delivers each dialogue with sheer intensity.

Vanessa Kirby is the ultimate package and would make you go 'Oh' and 'Woah' way too often. She has performed fight sequences brilliantly and is a treat to watch.

Idris Elba fits the bill perfectly as an evil cyborg and will make you fear for humanity.

Eiza González, who plays Madam M, is the epitome of glamour. With her bold red lips, intense gaze and sensual appearance, she hogs attention despite her small role.

Like every 'Fast and Furious' movie, 'Hobbs and Shaw' is full of those out-of-the-world, mind-blowing, spectacular action sequences that absolutely defy logic. But let's be honest, you are there for the thrill and the film offers 'truckloads' of it. However, after spending long 90 minutes watching the action sequences, it does look a tad stretched and forced upon.

The film is full of humour. Most of it stems from our lead actors insulting each other. For instance, Hobbs is surprised to find out who Hattie is as she is 'too pretty' to be Shaw's sister. The rest of the humour comes from the two cameo appearances which are best left a surprise.

Do stay for the final scene which has a major 'Game of Thrones' joke that will leave you bursting with laughter.