Overall, this film will appeal to you if you are a sucker for teary-eyed romance. 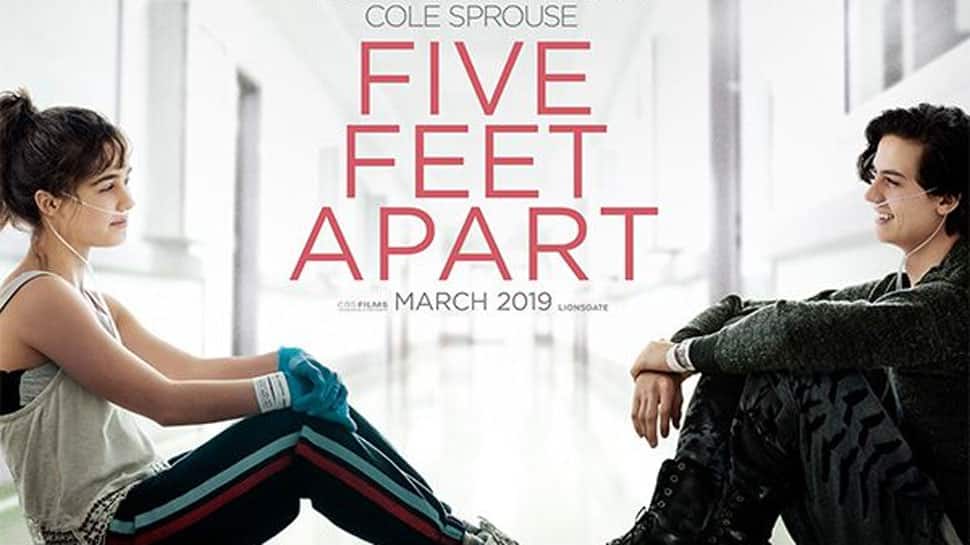 A silver lining to a dark cloud makes a good visual. Similarly, a melodramatic and depressing romance makes attractive viewing, which "Five Feet Apart" with its message - 'Life is too short to waste a second' - is.

This film's title refers to the 'six foot rule', a guideline which states that cystic fibrosis patients should be kept at least six feet apart from each other, to lower the risk of cross-infection.

Set in a hospital, it is the story of two terminally ill teenagers -- Stella Grant (Haley Lu Richardson) and Will Newman (Cole Sprouse) -- suffering from cystic fibrosis, who fall in love despite never being able to come closer than, you've guessed it, five feet from one another.

Stella with a bit of obsessive-compulsive disorder and waiting for a lung transplant is exasperated by brooding artist Will's lack of discipline and apparent lack of motivation when he is put on a new trial drug meant to battle his illness. How they break the barriers and fall in love, is what keeps you glued to the screen.

The narrative is mostly designed to serve Haley. She, with a stoic resilience, is bang-on in delivering Stella's bravura facade or manoeuvring through Stella's grief and survivor's guilt over the recent death of her older sister in an accident.

On the other hand, Cole with his tousled hair and carpe diem attitude seems limited in his offering, but nevertheless, he is charming and there is no denying that both Cole and Haley manage to deliver fine performances as two star-crossed lovers, madly in love with one another, unable to live together or apart.

But the actors who make their presence felt are Moises Arias as their witty gay friend Poe and Kimberly Herbert Gregory in a stereotypical role of a strict nurse Barb. They have their moments of on-screen glory.

Written by Mikki Daughtry and Tobias Iaconis, the film presents a jarringly formulaic and trope-heavy plot which requires a fair amount of suspension of disbelief to even contemplate going with the cringe-worthy, mushy romance.

Also, the dialogues are mundane, sample this; "Nothing is going to save our lives, we are breathing borrowed air", or "My sickness, is my problem", "It's complicated and hard to explain" and "To understand death you need to understand birth".

But Director Justin Baldoni manages to juggle the emotional and physical balance with utmost care. The first half is just mundane but by the second half there are a few anxiety-driven moments, especially when the duo slip out of the hospital for a date on the edge of a frozen lake.

Overall, this film will appeal to you if you are a sucker for teary-eyed romance.