Marvel Studios president Kevin Feige took the stage at Comic-Con to unveil the Phase 4 of the MCU, which includes `Black Widow,` Disney+ shows and sequels to `Thor`, `Black Panther`, `Captain Marvel, `Doctor Strange` among several other films and series 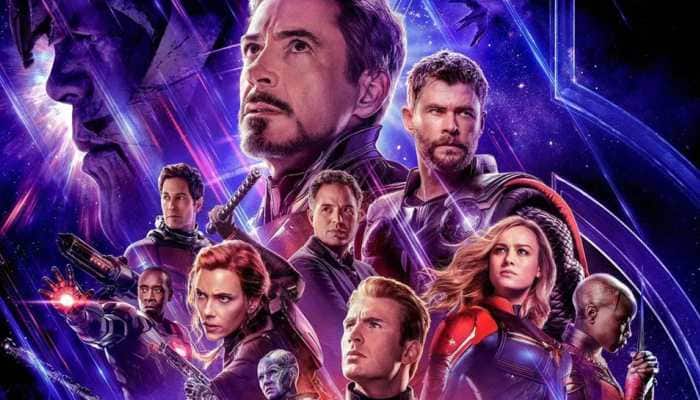 Washington DC: Are you ready for Marvel`s future movies and series? The Phase Four of Marvel Cinematic Universe (MCU) will include 10 movies and Disney+ series when it launches next year.

Marvel Studios president Kevin Feige took the stage at Comic-Con to unveil the Phase 4 of the MCU, which includes `Black Widow,` Disney+ shows and sequels to `Thor`, `Black Panther`, `Captain Marvel, `Doctor Strange` among several other films and series, reported The Hollywood Reporter.

Along with `The Eternals` project announcement, which will hit the theatres on November 6, 2020, Marvel shared the upcoming slate of films and series. Many of the upcoming shows will release on Disney+.

Fans can expect to see `Falcon and the Winter Soldier`, `Shang-Chi and The Legend of the Ten Rings`, `WandaVision`, `Loki`, `Doctor Strange in the Multiverse of Madness`, `Thor: Love and Thunder`, `Hawkeye`, `What If...?`, `Black Widow` and `Blade` (TBD).

`Black Widow`, which releases on May 1, 2020, will star Scarlett Johansson, who will reprise her role as the former assassin. The movie also stars Rachel Weisz and will be directed by Kate Shortland.

`Falcon and the Winter Soldier`, which is scheduled to release in Fall 2020, will star Anthony Mackie and Sebastian Stan, who will reprise their roles for the show. The show will stream on Disney`s upcoming Disney+ streaming service.

Chloe Zhao is directing the film.`Shang-Chi and the Legend of the Ten Rings` will release on February 12, 2021. The MCU will get its first Asian superhero, the skilled martial artist Shang-Chi.

The film will star Simu Liu and will be directed by Deston Daniel Cretton. It will also star Tony Leung as the real Mandarin (Ben Kingsley played an imposter version in Iron Man 3) and Awkwafina is also to star in the film.

`WandaVision`, which is scheduled to release in Spring, 2021, will stream on Disney+. It will follow the adventures of the Scarlet Witch, Wanda Maximoff and Vision.

According to the announcement, the show will be set after the events of `Avengers: Endgame`. The original actors will reprise their roles. `Doctor Strange in the Multiverse of Madness`, which releases on May 7, 2021, will star Benedict Cumberbatch, who is all set to return. The movie will also co-star Elizabeth Olsen as Wanda Maximoff. Feige mentioned that this movie would be directly tied to the `WandaVision` show.`Loki`, which is scheduled to release in Spring 2021, will stream on Disney+. The series will take off from where we saw Tom Hiddleston`s character in `Avengers: Endgame`, just after he steals the Tesseract and escapes.

`What If...?`, which is set to release in Summer 2021, will be the MCU`s first animated series. Feige also announced that "the many actors from the MCU" will reprise their roles as the voices for their characters. And just like the title suggests, the show will explore alternate outcomes of major events in the MCU.

`Hawkeye`, all set to release in Fall 2021, will star Jeremy Renner as the title character. The show will follow Hawkeye as he trains and teaches Kate Bishop, a young protege of the archer.

`Thor: Love and Thunder` is slated for November 5, 2021, release. Natalie Portman will reprise her role as Jane Foster. She will become the first female Thor in the MCU. Taika Waititi will direct the movie.

Feige wasn`t done just yet. Marvel announced that they are working on a new `Blade` movie, with Mahershah Ali to play the vampire hunter that was played by Wesley Snipes in three movies previously.

Feige also confirmed that `Black Panther 2`, `Guardians of the Galaxy Vol 3`, `Captain Marvel 2` and `Fantastic Four` are in the works.

From Anthony Mackie to Elizabeth Olsen to Sebastian Stan to Awkwafina and Mahershala Ali, these A-listers are part of Marvel`s line-up and it`s safe to say that our schedules will be jam-packed next year and the year after that!