Golden Globes 2019: Time's Up bracelets and ribbons to debut on red carpet

The initiative was launched at a critical time in Hollywood where women declared it was not safe for them at work and a call for changes was heard across various sectors. 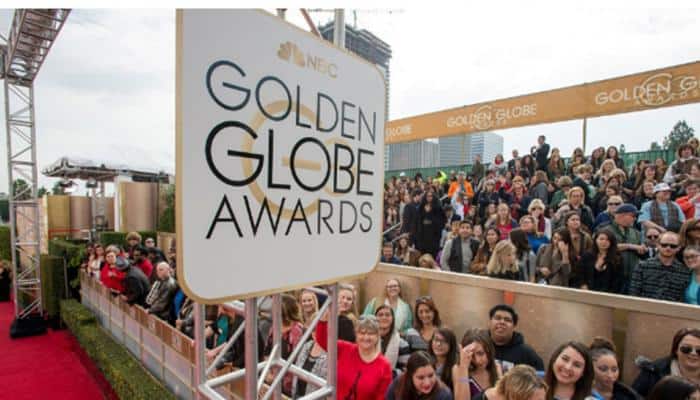 Washington D.C. [USA]:  It has been a year since Time`s Up first made its way to the international stage. The initiative was launched at a critical time in Hollywood where women declared it was not safe for them at work and a call for changes was heard across various sectors.

Last year`s Golden Globes saw members of the film fraternity walking the red carpet donning Time`s Up pins in solidarity with the cause, a trend that is likely to continue with ribbons and bracelets in the award`s latest edition.According to Deadline, Oscar-nominated costume designer Arianne Phillip, who had created the logo last year, is also creating this year`s red carpet accessory which will serve as a visual representation of the TimesUpX2 campaign which champions the second year of the movement.

It is expected that the message of Time`s Up will continue with ribbons and bracelets to symbolise that everyone is tied together in their commitment towards creating a safe, fair and dignified workplace for all women.Last year saw celebrities sporting black to support the #MeToo movement, initially launched by Tarana Burke in 2006.Last year, Golden Globes saw advocates and activists for gender and racial justice taking to the red-carpet as well. These included the likes of Burke, Marai Larasi, Ai-jen Poo, Monica Ramírez, Calina Lawrence, Billie Jean King and Saru Jayaraman who joined actresses Michelle Williams, Emma Watson, Meryl Streep, Laura Dern, Shailene Woodley Amy Poehler and Emma Stone.