I never thought I'd be an action star: David Harbour

Actor David Harbour says he never imagined he would go on to become an action star. 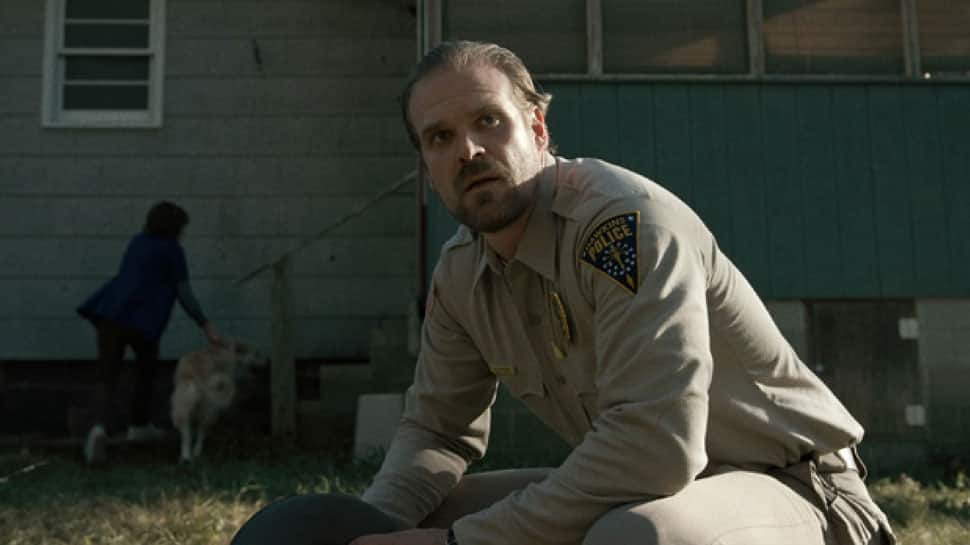 Los Angeles: Actor David Harbour says he never imagined he would go on to become an action star.

During his speech at the CinemaCon, where he was feted with the Action Star of the Year award, Harbour said Harrison Ford-starrer "Indiana Jones and the Raiders of the Lost Ark" was one of the first movies he watched in the theatre.

"I saw the movie 14 times in a theatre, and my grandmother put up with that because she liked the air conditioning," he said.

According to Entertainment Weekly, the "Stranger Things" actor then gave a shout-out to all the action stars who were present at the event.

Referring to "Die Hard", another favourite of the actor, Harbour said, "I never thought I'd be an action star! I started my career off as a villain, and usually you kind of remain a villain."

"I thought I'd always be on the Alan Rickman side of the equation, saying, 'You think you can handle us, Mr Cowboy?' Or something. And I can easily say now, 'Yippee-ki-yay, motherf***er!'" he added.

Harbour is set to star as Hellboy in Neil Marshall's reboot.

The film, which also features Milla Jovovich, Ian McShane, Sasha Lane, Daniel Dae Kim, and Thomas Haden Church, is slated to be released in the US on Friday.