Iconic Darth Vader suit up for auction in Los Angeles

The original Darth Vader costume from the "Star Wars" saga is up for auction, where it is estimated to fetch between $1-$2 million. 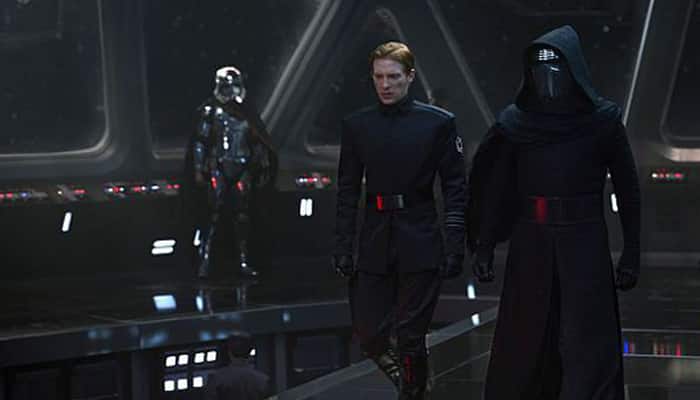 Los Angeles: The original Darth Vader costume from the "Star Wars" saga is up for auction, where it is estimated to fetch between $1-$2 million.

It was presented in Los Angeles on Friday.

Bonhams auctioneers opened their doors to the media to showcase the mostly-black battle suit from the classic film "Star Wars: Episode V - The Empire Strikes Back" (1980), reports Efe news.

"Darth Vader is one of the most recognisable and infamous characters in the history of film and we are excited to offer this rare costume in our sale," said Catherine Williamson, the director of entertainment memorabilia at Bonhams.

The attire is comprised of 17 pieces and includes the iconic villain's gloves, boots and two capes, as well as a cod piece and a battery pack.

"The suit's completeness, remarkable condition, and excellent provenance make it a true rarity in the memorabilia marketplace," Williamson added.

The costume was worn by Bryce "Kermit" Eller, who appeared in several gigs as the Darth Vader character during several meetings with "Star Wars" fans during the first few years of the fever that surrounded the saga.

In 1979, Eller was given the complete costume and in 1981, he stored it away to this day after he stopped appearing in public as Darth Vader.

Bonhams featured the costume a day before the world was set to celebrate a non-official "Star Wars" appreciation day. It is celebrated on May 4 as "May the fourth" and sounds similar to the franchise's famous quote "May the Force be with you".

According to nytimes.com, the auction will be held on May 14.