The 32-year-old actor was seen taking a stroll through a small town in Connecticut, not too far from the wellness centre that he is currently staying at, reported E! News. 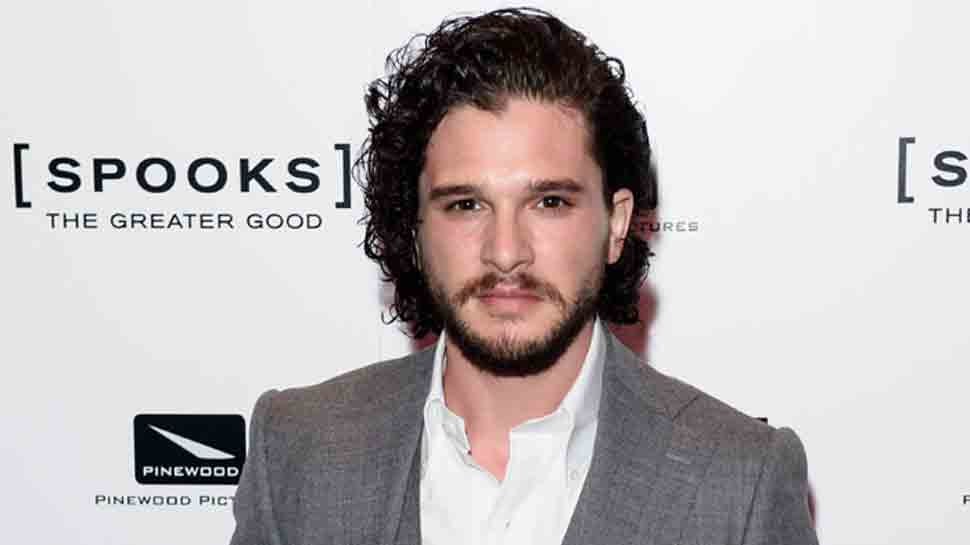 Nothing works better for your health than a bit of fresh air and actor Kit Harington seems to be following the principle.

The 32-year-old actor was seen taking a stroll through a small town in Connecticut, not too far from the wellness centre that he is currently staying at, reported E! News.

For the stroll, the actor sported a pair of grey pants, a black t-shirt, and a hat. He was also carrying a bag on his shoulder.

The retreat away from the spotlight seems to be doing some good for the actor. He looked all happy and healthy, despite reports that the actor was dealing with feelings of grief and sadness following the end of the insanely popular HBO series 'Game of Thrones'.

A source told Page Six as cited by E! News, "The end of GoT really hit Kit hard...he realized 'this is it--this is the end,' it was something they had all worked so hard on for so many years. He had a moment of, what next?"

It is no secret that the 'GoT' star struggled to cope with the end of the show that spanned over eight years.

Harington previously said on The Zoe Ball Breakfast Show cited by E! News, that he felt a sense of "grief" in saying goodbye to GoT.

"It's like when you finish a book, you're not happy it's over are you? You don't finish a good book and say, 'I'm happy I finished that,'" Harington explained.

"But you have this grief that it's over, and it's exactly same with nine years doing this show. No matter how it ended, or how it does end, there's always this bit of you that's like, 'oh'; there's this loss around it," he added.

At the time of need, he has the support of his wife Rose Leslie, as well as the professionals at Privee Swiss, who are helping Harington with "psychological coaching, practicing mindful meditation and cognitive behavioral therapy to combat stress and deal with negative emotions."

An eyewitness who has seen the star around town told E! News that he "seemed relaxed, just like a normal guy but was very friendly and nice."

She added, "He mostly kept to himself but talked to a few of the staffers who were fans of the show. He asked them if they were going to watch the finale later that night. He told them he was in town for a 'short holiday' but didn't elaborate."

Harington entered the treatment centre to recover from stress and alcohol use. The 32-year-old actor has been on a health retreat in Connecticut for about a month. He checked in weeks before the HBO series' finale episode aired.

After a remarkable 8-year-long journey, the final season of the show concluded on 19th May. Harington was associated with the series from the very first episode which featured on HBO back in 2011.

I'm open to all kinds of characters: Zareen Khan