Once Upon a Time in Hollywood movie review

Once Upon a Time in Hollywood movie review: A slow-burn nostalgia

The film is masterfully shot, written and directed but its narrative is uneven, and unwieldy in its structure with plenty of flat patches. 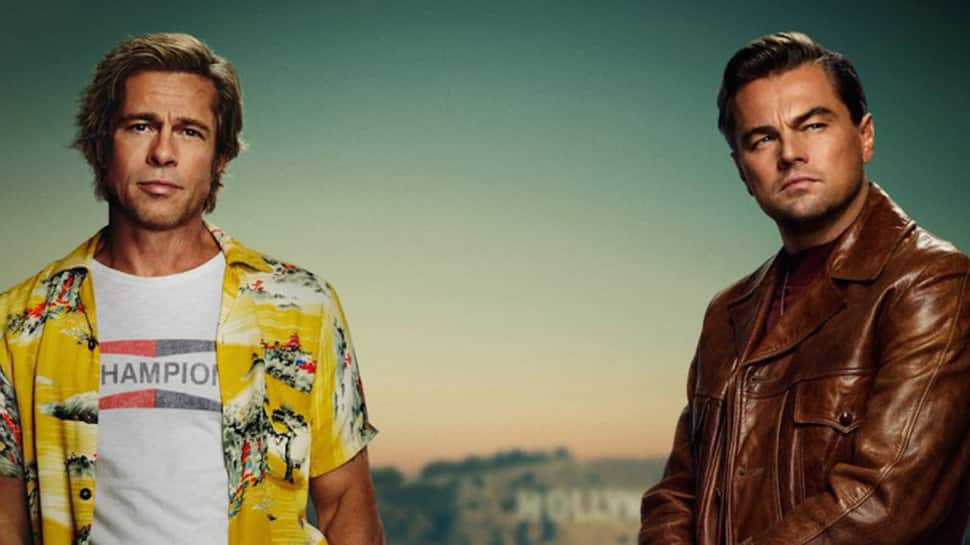 Director Quentin Tarantino has his stamp written all over his latest oeuvre, "Once Upon a Time in Hollywood", which focuses on the subject of Tinseltown dreams and some of its nightmares too. Painting a near-perfect picture of 1969 Los Angeles, it is an astutely captured slice of life during a bygone era of Hollywood.

Almost completely devoid of a story, the plot follows Rick Dalton (Leonardo DiCaprio), a fading Hollywood star, and Cliff Booth (Brad Pitt) as his stunt double who no longer receive any work. Running parallel to the duo's story are glimpses into the more glamorous lives of Rick's neighbours, Sharon Tate (Margot Robbie) and Roman Polanski (Rafal Zawierucha), whose proximity only makes Rick's exclusion from the New Hollywood club sting more.

The film is masterfully shot, written and directed but its narrative is uneven, and unwieldy in its structure with plenty of flat patches. The bulk of the narrative meanders with Rick and Cliff's experiences, touching on Hollywood lore both based on facts and purely fictional.

The plot weaves in numerous characters and their stories which sometimes is a comedy, sometimes a western, sometimes a thriller and sometimes a tragedy. But mostly it is a fantasy, which eventually slowly builds to a climax that you may or may not expect. Tarantino walks the minefield of its historical elements with a singular, unexpected sensitivity that neither makes it feel crass or exploitative, especially in the Manson murder case.

On the performance front, DiCaprio does a great job of portraying Rick Dalton as a rather buffoonish, stuttering has-been, who is both excellent at what he does and completely out of sync in a world he no longer recognises.

Brad Pitt is as brilliant as ever as his enigmatic buddy Cliff Booth, a man teetering between good and evil. Robbie as Sharon Tate is underused. She is not given much room to shine. Nevertheless, she is utterly mesmerising as the bright, sprightly and almost ethereal Tate in her care-free, serene demeanour.

Tarantino sprinkles his film with walk-ons from actors playing 1960s celebrities, which include Steve McQueen, Bruce Lee and Mama Cass. These A-listers as cameos shine through their characters and each one of them have their moment of on-screen glory which keeps you glued to the screen.

Also riveting is the richly detailed production design by designer Barbara Ling which is accompanied by costumer Arianne Phillips' retro fashion. The sets and the locales are skilfully captured by cinematographer Robbie Richardson's lens. Accompanying the visuals is the brilliantly layered sound that recaptures Hollywood of the '60s.

Overall, unravelling leisurely to the point of pointlessness, the film may appeal only to those who are aware of Hollywood history of the late '60s.