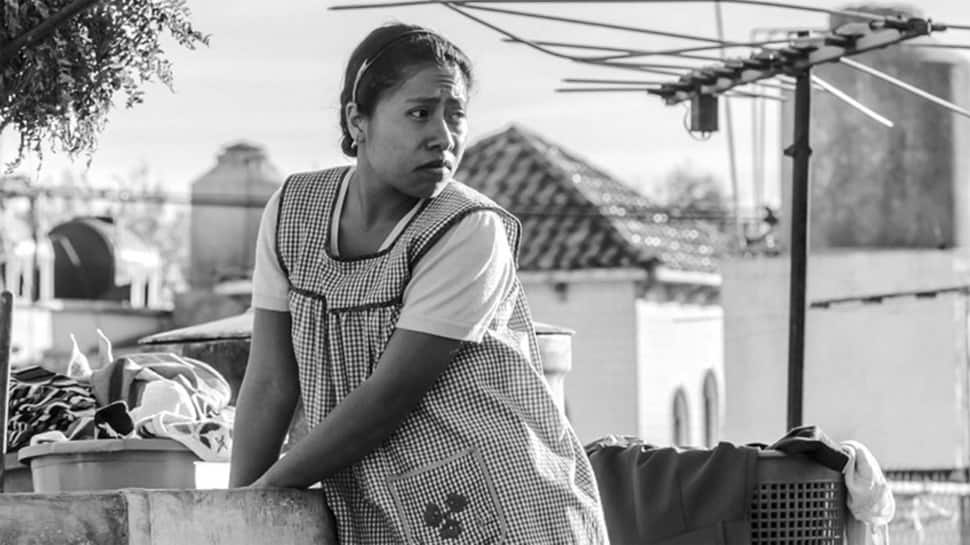 Cuaron bagged the Oscar for Best Director while Olivia Colman got the Best Actress win for "The Favourite" and Rami Malek Best Actor for his turn as Queen musician Freddie Mercury in "Bohemian Rhapsody".

The glittering ceremony, which went hostless for only the second time since 1989, began on a predictable note here Sunday evening but the Best Picture and Best Actress awards proved that anything can happen at the Oscars.

The India connect came with "Period. End of Sentence", set in a village in western Uttar Pradesh's Hapur district, walking away with Documentary Short win. The year's best film "Green Book", about the relationship between a black musician and his white driver, is backed by Anil Ambani-owned Reliance Entertainment's Amblin Entertainment.

"This is about loving each other despite our differences and finding out about the truth of who we are, we are the same people," director-producer Peter Farrelly said in his speech.

British actor Colman edged out frontrunner Glenn Close ("The Wife") with her portrayal of temperamental Queen Anne in "The Favourite".

"...And to be in this category with these extraordinary women. And Glenn Close, you've been my idol for so long and this is not how I wanted it to be. And I think you're amazing and I love you very much," she said.

In a heartfelt speech, Best Actor Malek spoke about reconnecting with rock legend Mercury over their shared immigrant roots - his from Egypt and Mercury's from India.

"We made a film about a gay man, an immigrant, who lived his life just unapologetically himself. And the fact that I'm celebrating him and this story with you tonight is proof that we're longing for stories like this," Malek said.

In a year where the awards were distributed to diverse films, "Bohemian Rhapsody" emerged champion with maximum four wins, including Film Editing, Sound Editing and Mixing.

It was one of the biggest hits of the year, despite poor reviews and the drama surrounding the firing of its director Bryan Singer before the completion of the film.

"Roma" may have missed on the top prize but prevailed in other categories. Cuaron won Best Director Oscar after accepting awards in the Foreign Language and Cinematography categories for the Netflix-produced Spanish film.

The Mexican helmer also became the first person to receive four nominations the same year and the first to win both Best Director and Cinematography honours.

Cuaron, who went up to the stage thrice, joked, "Being here doesn't get old."

He expressed his gratitude towards 70 million working class women, who never occupy the centrestage in stories.

"As artists our job is to look where others don't. This responsibility becomes much more important in times when we are being encouraged to look away," he said.

The film depicts how rural women learned to produce low-cost sanitary pads. It is directed by Rayka Zehtabchi and Indian producer Guneet Monga has backed it.

"Guneet Monga, know that you have been empowering women all over the world fight for menstrual equality," the Iranian American director said in her speech.

Regina King won Best Supporting Actress for her role as a protective mother in Barry Jenkins' "If Beale Street Could Talk".

"Green Book" has been criticised as inaccurate by Shirley's family. Other controversies related to the film include Farrelly's past of exposing himself to actors and producer-writer Nick Vallelonga's old anti-Muslim tweets.

Its win over "Roma", "Black Panther", "The Favourite" and "BlacKkKlansman", sparked angry reactions from celebrities as well as from social media users. The announcement drew sharp reactions from filmmakers Spike Lee and Scott Derrickson.

In a political speech, he called on voters to be on the "right side of the history" in 2020 presidential campaign.

"The 2020 presidential election is around the corner. Let's all mobilise. Let's all be on the right side of history. Make the moral choice between love versus hate. Let's do the right thing!" he said.

"A Star Is Born" had its only moment of glory when Lady Gaga was announced as the winner in Best Original Song category for "Shallow".

Adam Lambert and rock band Queen replaced the opening monologue of a usual Oscars night with the medley of 'We Will Rock You' and 'We Are the Champions'.