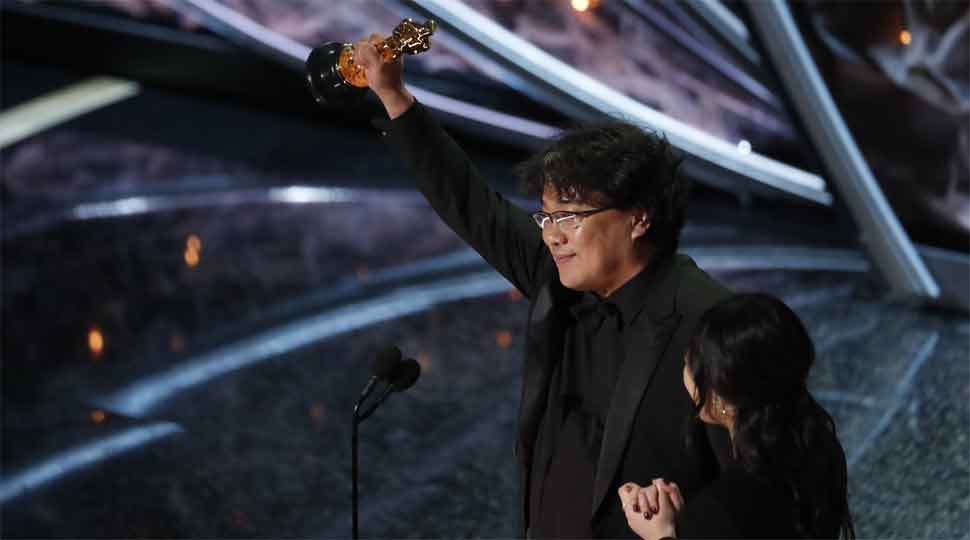 Bong, 50, beat Hollywood veterans including Martin Scorsese and Quentin Tarantino for his Korean language movie about the violent clash between haves and have-nots in contemporary Seoul.

Bong is known for weaving social themes into stories that play as both comedies and thrillers. His movies include the surreal animal activist movie "Okja," climate change sci-fi drama "Snowpiercer," and serial killer drama "Memories of Murder."

"Parasite" is by far his most successful film to date, reaching audiences beyond his home country and winning the top prize at the Cannes Film Festival.

"I did know that it had its own strength and that it would provide a lot of food for thought for people but I didn`t realize it would be so successful in the US and Japan and France," he said.

"A lot of American audience members have told us that Parasite was very unpredictable and I think that`s what the audience really enjoyed," he told Reuters.

Bong has described the main themes of "Parasite" as "courtesy toward human beings, human dignity."

He began his movie career by co-founding a cinema club on the campus of his university in South Korea in the early 1990s and going on to write and making short films.

He is currently developing a limited television series based on "Parasite" for U.S. cable channel HBO.

This year`s other directing nominees were Martin Scorsese for "The Irishman," Quentin Tarantino for "Once Upon a Time in Hollywood," Sam Mendes for "1917," and Todd Phillips for "Joker."