The screenplay duo -- Bong Joon-ho and Ha Ji-won -- were seen rejoicing as they lifted the trophies at the glitzy gala event. 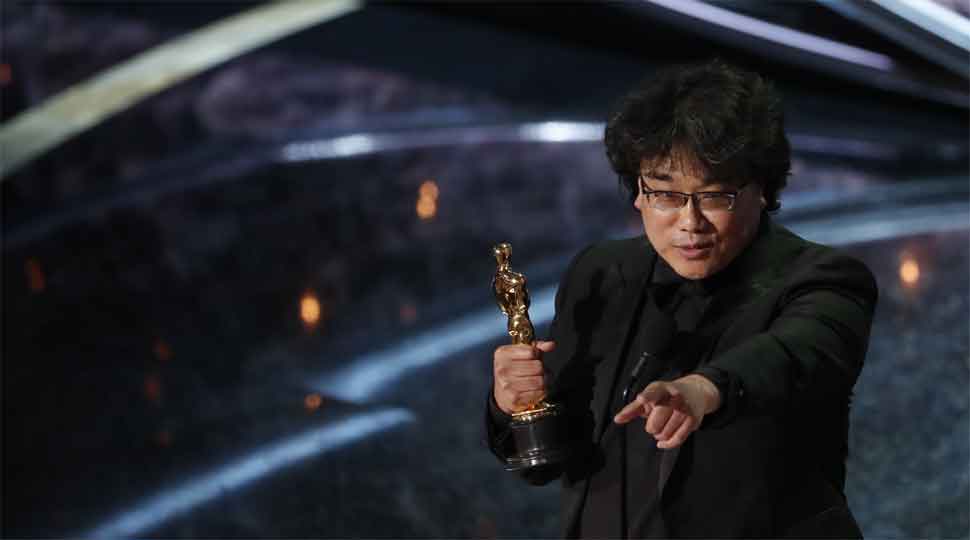 The screenplay duo -- Bong Joon-ho and Ha Ji-won -- were seen rejoicing as they lifted the trophies at the glitzy gala event.

The movie has garnered international acclaim and has managed to win awards at Golden Globes, Screen Actors Guild Awards and the Writers Guild Awards.

It is also the first non-English film to win the Screen Actors Guild Award for Outstanding Performance by a Cast in a Motion Picture.

The movie stars Song Kang-ho, Lee Sun-Kyun, Cho Yeo-Jeong, Choi Woo-Shik, and Park So-dam.The flick tells a tale about the members of a poor household family, who somehow get employed by a wealthy family by infiltrating the household and posing as unrelated and highly qualified individuals.

The 92nd edition of the Academy Awards is currently taking place at the Dolby Theatres in Los Angeles.