Set in London 2009, the narrative begins with a well-to-do, recently widowed, septuagenarian Estelle, using an online dating service. She sets up a date with a chivalrous gentleman named Brian. They soon meet face to face for the first time at a local café. 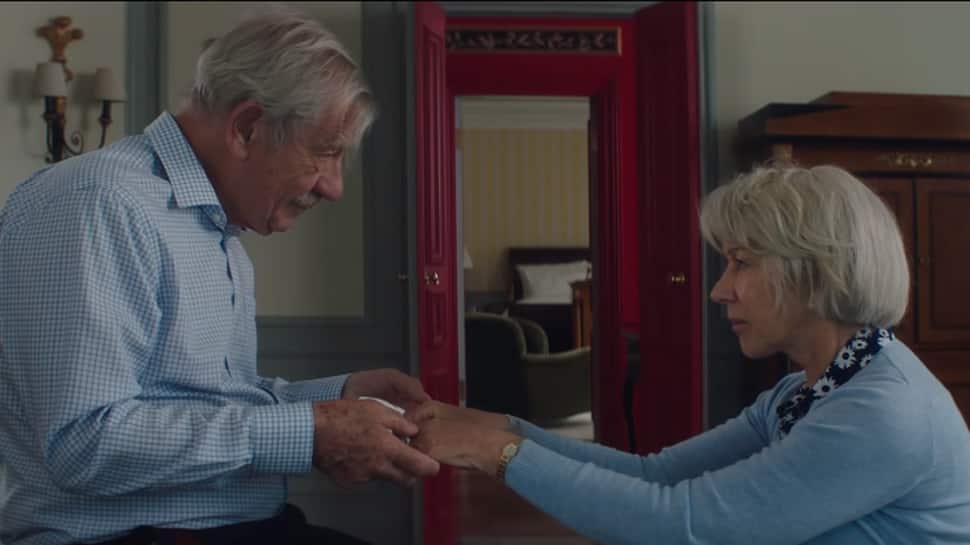 Based on the novel of the same name by Nicholas Searle, director Bill Condon's, "The Good Liar" is a smartly mounted and fabulously meshed tale of con and revenge, where the manipulation is apparent and yet intriguing and not a put-off.

If you have seen the trailer of this film, you'd be convinced that it is about con artists who are out to outshine each other. Instead, we get more: An offbeat tale packed with mystery.

Set in London 2009, the narrative begins with a well-to-do, recently widowed, septuagenarian Estelle, using an online dating service. She sets up a date with a chivalrous gentleman named Brian. They soon meet face to face for the first time at a local café.

During the meet, they open up to each other confessing that they have used false names since they were initially suspicious of each other. Brian, to gain Estelle's confidence, is the first tell her that he hates to tell lies and that his actual name is Roy Courtney. Estelle confesses her name is Betty McLeish and that she lost her husband a year ago.

Unbeknownst to Betty, Roy is a professional conman who, along with his partner in crime Vincent (Jim Carter), cheats a pair of businessmen (Mark Lewis and Stefan Kalipha) in some kind of a crooked offshore investment scheme.

Soon, Betty and Roy forge a bond over several dates which includes one at the movies. Roy claims that his estranged son Robert lives in the US. Betty tells him that she has a grandson named Steven.

Roy finds Betty an easy mark. He is confident that his scheme to swindle her will be a success. After all, he has done this before. Sure enough, Betty soon lets Roy move into her beautiful home, seemingly blind to the web of lies he has woven around her. Gradually, however, the tables will turn. Betty will corner Roy and unravel a past filled with long-hidden secrets.

Helen Mirren and Ian McKellen as Betty and Roy deliver formidable performances. Playing against type, they make a superb pair. Their performances are decidedly light on any kind of sparkle, making them seem more ordinary than the characters they usually play. Both of them, as natural as ever, are transfixing from the very onset.

Among the supporting cast, Jim Carter shines as Roy's sly accomplice Vincent, and Russell Tovey is impressive as Betty's suspicious grandson Steven, who proves to be a continual thorn in Roy's side.

Jeffrey Hatcher's screenplay is superbly suspenseful. It successfully spins a classic con-caper for modern audiences and is quite an unexpected delight. The plot, though simple, takes you by surprise with a few hairpin turns that appear preposterous, towards its denouement. There is not a whiff of comedy about its tone but it is witty enough to avoid being humourless. Then again, its nasty streak is wide enough for you to recognise. But its matter-of-fact classiness is what makes the film even more striking.

Arjun Kapoor: We've pretty much followed the timeline in 'Panipat