DC superhero movie 'Wonder Woman' was perhaps the most controversial snub of the day, picking up no nominations at all. 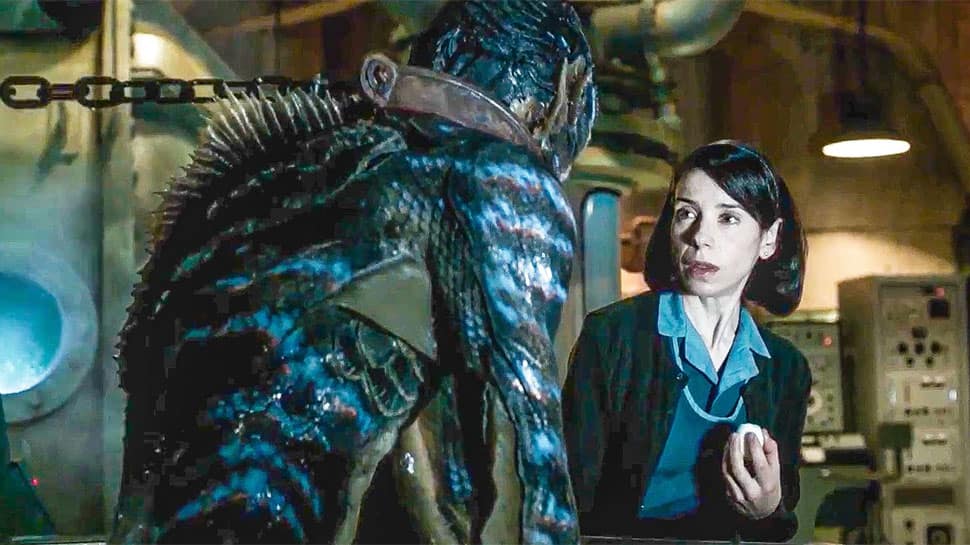 California: Fairytale romance 'The Shape of Water' led the Golden Globe nominations with seven on Monday as Hollywood launched an awards season expected to be overshadowed by the sexual misconduct scandal engulfing the movie industry.

"The Post" and "Three Billboards outside Ebbing, Missouri" followed with six nods and coming-of-age film "Lady Bird" got four nominations.

The announcements will give the nominees a welcome boost going into the race for March`s Oscars, with the influential Screen Actors Guild nominations to come later this week.

The other best motion picture drama nominees are "Call Me By Your Name," another coming-of-age tale, World War II thriller "Dunkirk," media drama "The Post" and "Three Billboards."

The Globes are seen as a chance for Hollywood to demonstrate its intolerance of sexual misconduct following a wave of allegations that emerged after movie mogul Harvey Weinstein was accused of decades of misbehavior that would make him the most egregious sexual predator in the history of filmmaking.

The Weinstein Company, which sacked its co-founder, was never expected to land nominations at the ceremony -- and it did not.

The wider fallout, however, is likely to have a seismic effect on the awards season, as numerous other powerful figures have been accused of sexual misconduct.

The HFPA -- apparently sensitive to the message it would send out -- largely avoided rewarding the work of Kevin Spacey, Jeffrey Tambor, Louis C.K., Brett Ratner and numerous other scandal-hit big players.Spacey, who won best actor in 2015 for "House of Cards," never had a chance of a repeat following a litany of allegations of impropriety with young men.

But his alleged misdeeds also appeared to have harmed the chances of his colleagues such as Robin Wright -- the show was blanked this year.

"Transparent," which has also had numerous nominations and a win for Tambor, found itself in the same boat with HFPA members giving the comedy a hard pass.

Spacey had been expected to front an awards campaign for "All the Money in the World" before Ridley Scott decided to expunge the actor from his latest movie.

His replacement Christopher Plummer -- added via last-minute reshoots in a groundbreaking move -- earned a surprise nomination for best supporting actor in a film.

"The Post," a defense of the free press widely seen as a rebuke to President Donald Trump, is an early Oscars favorite.

Martin McDonagh`s "Three Billboards," starring Frances McDormand as a mother seeking to avenge the rape and murder of her daughter, is also widely fancied since taking the influential audience award at the Toronto International Film Festival in September.

"Coco," a colorful take on Mexico`s Day of the Dead, was nominated and should be the comfortable frontrunner for best animated film -- despite Pixar co-founder John Lassiter`s recent admission of inappropriate behavior towards employees.

On the downside, "Dunkirk" -- an early Oscars favorite much loved for its masterful cinematography, if not its sparkling dialogue -- earned just three nominations."Call Me By Your Name" was widely expected to be the top contender, but disappointed with just three nominations, for best film drama, lead actor Timothee Chalamet and supporting actor Armie Hammer.

"Get Out" -- a satire on racism and middle class white guilt -- made perhaps the biggest and most unexpected impact of any movie this year but also came up short, with just two nominations for best comedy and best actor for Daniel Kaluuya.

"I`m excited that we`re recognizing people like me that I had not seen on television when I first came to this country. As a journalist, I always look for diversity and I`m happy to celebrate it," she said.

Some Globes watchers noted on social media however that while ethnic minorities were well represented, there were no nominations for female filmmakers.

DC superhero movie "Wonder Woman" was perhaps the most controversial snub of the day, picking up no nominations at all, sparking an angry backlash from fans.

The movie, starring Gal Gadot in the title role, is the first female-led superhero movie directed by a woman (Patty Jenkins) and was selected in the American Film Institute`s top 10 films of the year.

"Sorry Golden Globes, but Wonder Woman was a better movie than Dunkirk," tweeted one disappointed fan.

FX anthology series "Feud: Bette and Joan" was close behind with four nominations, while "Fargo," "The Handmaid`s Tale" and "This is Us" grabbed three each.