The Wife movie review: It has nothing except Glen Close

Glenn Close who once scared the hell out of Michaal Douglas by chasing him down to his knees in "Fatal Attraction", here settles for her Significant Other's full annihilation, no less. 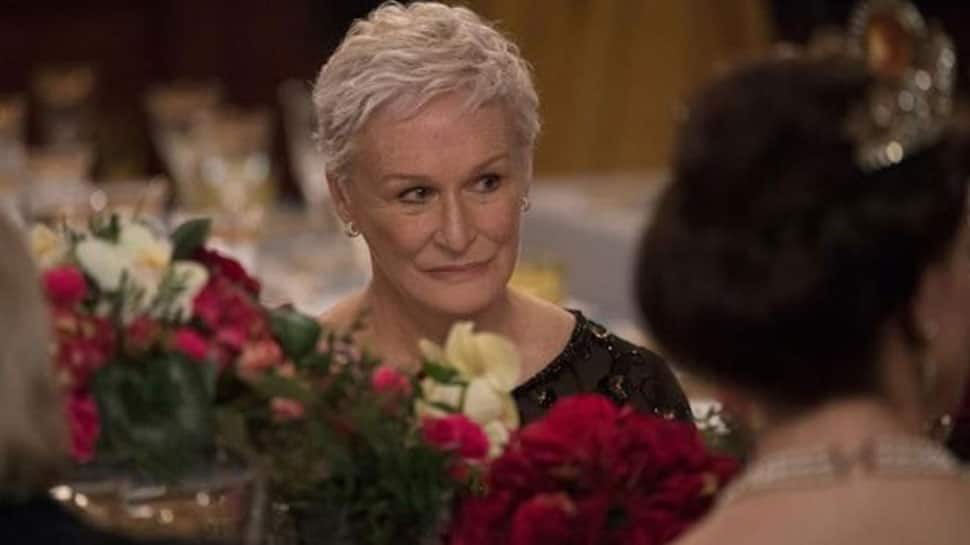 Nothing is more saddening than to see a mediocre film being elevated to a masterly event just because the central performance is powerful enough to make one forget the shallowness and other shortcomings of an inherently faulty post-feminist treatise on power usurpation in a marriage of equals.

Glenn Close who once scared the hell out of Michaal Douglas by chasing him down to his knees in "Fatal Attraction", here settles for her Significant Other's full annihilation, no less.

His crime? Appropriation of his wife's creativity for 40 years. No less.

The film opens with eminent author Prof Joseph Castleman (Jonathan Pryce) winning the Nobel Prize for literature. Somehow his wife Joan doesn't seem too pleased. Could it be the chicken that they ate for dinner the previous night? Or the sex they had thereafter?? Something doesn't agree with her. And we soon know what it is. Hint: she is a writer.

Prof Castleman is a certifiable fraud vandalizing his wife's writing, raping her mind and using her talent to make a name for herself. Villains do not always sport horns.

All this would have made a great satire. Instead director Bjorn Runge sets the table for two for a dreadfully somber dinner. Glenn, determined to Close in on that elusive Oscar, pulls out all stops to portray the wronged wife who just won't stay quiet anymore. Nobel, here I come.

Quite honestly I thought Jonathan Pryce as the husband was priceless. More so, since the odds are systematically stacked against him. His wife hates him for taking away her creativity. His son David (Max Irons) sulks hard against Daddy's patriarchal tyranny that seems to smother every domestic joy. And then there is this nosy biographer played by Christian Slater, running around trying to get the real story out of the wife. Dutiful and devoted to the end, Glenn Close isn't squealing. The drama of exposure happens in the privacy of their bedroom. Dirty secrets are so much more fun than kinky sex.

Pryce is clearly playing a man we are all meant to hate. Yet he manages to extend a core of dignity to his wretchedly treacherous character, much as the script tries to pull him down to the level of an intellectual mongrel.

The plot is unconvincing, to say the least. How can any man fool the literary world for four decades? And why did his intellectually savvy wife allow it? What would have happened if she had exposed him early in his thieving career? Did she do it for love? Love of what? Self-torture and martyrdom?

The film is way too shrill in tone. Perhaps trying to fit into the current trend for MeToo victims, it shreds the reputation of the Nobel laureate and makes the wife trample on his ego. The war dance is more embarrassing than revealing. This is a film that showcases its lead actress' talents and forgets to light up the corners beyond the arc lit heroine.