There was conscious effort to add humour in Thor: Ragnarok, says Taika Waititi

Taika Waititi, who has helmed the third instalment of the Thor movie -- titled Thor: Ragnarok, says there was a conscious effort to put every "colour known to man" in the film. 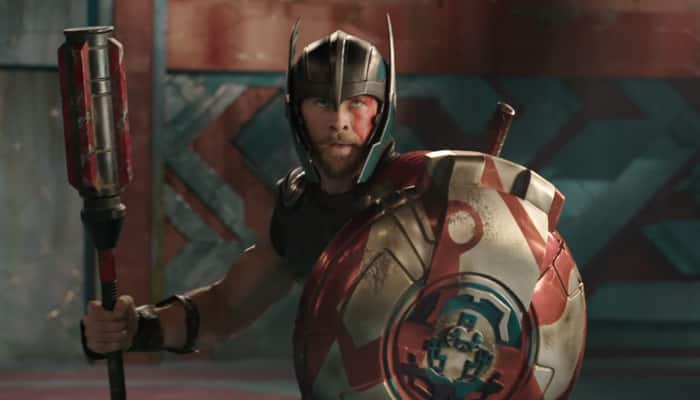 Sydney: Taika Waititi, who has helmed the third instalment of the Thor movie -- titled Thor: Ragnarok, says there was a conscious effort to put every "colour known to man" in the film.

Starring Australian actor Chris Hemsworth and acclaimed star Mark Ruffalo, Thor: Ragnarok is slated to release in India on November 3. The cast members were here on Sunday for the movie's premiere.

This is Waititi's first major Hollywood feature film. He has in the past directed films in his native New Zealand.

What made him direct a super-hero entertainer?

"I think it was exactly that I had never done it before, because then you guarantee that it's going to be unique," Waititi said.

What about the pressure to direct a film for such a popular franchise?

"Sort of, but I came into the film by mistake... So, I didn't really feel like this is my job. I feel like I'm just going to keep doing the most risky things I can because I want to play with fire and I want to see how close I can get to destroying my career because that's when the magic happens... This one was really fun to do but I was challenged all the time," Waititi replied to a question by IANS.

The Marvel Studios' film will see some new elements in the entertainer like Thor with short hair, the demi-God fighting a battle without his weapon -- the hammer, and award-winning actress Cate Blanchett, which makes her the first super villain in the Marvel universe.

Waititi, who comes from Wellington -- the film capital of New Zealand -- describes working with Blanchett as amazing.

"She is very down-to-earth and very honest in a loving way. She is someone who has won a lot of awards and enough accolades, and doesn't mind asking how to do something she doesn't know," he told IANS.

Waititi has previously helmed a short film Two Cars, One Night, which was nominated for an Academy Award in 2004.

Does he plan to work on short films now?

"I've got three of my own films to do... It's really nice to go back to the small stuff. It just exercises different part of your brain. In the long films, you over think things," Waititi said.

Anupam Kher's role was chopped off from Jaane Bhi Do Yaaro