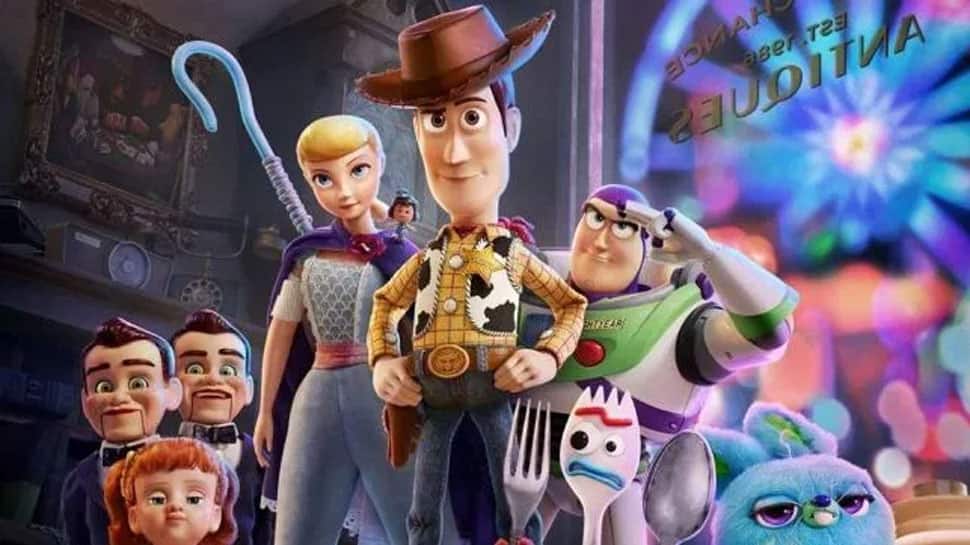 Toys help create happy moments and memories, and Disney's Toy Stories are definitely an extension of this momentary phase. "Toy Story 4" is the fourth film of this series which began in 1995. This animated film, appearing nearly 9 years after its previous edition, is its sequel and is about the adventures of discarded and lost toys.

The narrative led by a pull-string-talkie, Sherif doll named Woody (Tom Hanks), takes off from its previous edition, where the box of toys belonging to Andy is now handed over to Bonnie.

But nine years earlier, among the toys, a figurine Bo Peep (Annie Potts) and her three sheep who were a part of a lamp, were given away. The parting of Bo Peep from the entourage puts an emotional strain on Woody. He could have gone with her but made a conscious choice to stay back as Bo Peep tells him that being discarded or getting lost, is part of growing up.

Now two years after being with Bonnie, the selflessly motivated Woody witnesses a teary eyed Bonnie reluctant to attend the orientation day of her Kindergarten school. He takes it upon himself to ensure she is happy, as that is the gift of pure love, he believed.

So he sneaks into her bag and accompanies her to school. There, when a nasty child upsets her by throwing her crayons into the bin, Woody retrieves them for her and in the process, picks up a discarded spork (half spoon-half fork) too. The forlorn Bonnie, transforms the trashed spork into a toy and names it Forky (Tony Hale).

Fascinated by her creation, Forky becomes Bonnie's favourite toy and is soon attached to it. But Forky, born out of trash and unaware of the toy philosophy, is keen to return to the trash can. How Woody tries to convince him to stay back and then finds his own destiny, forms the crux of the narrative.

In actuality, "Toy Story 4" is Woody's journey. Supporting him in his endeavours are other toys, Buzz Lightyear (Tim Allen), new additions Ducky and Bunny (Keegan-Michael Key and Jordan Peele), a Canadian daredevil toy Duke Caboom (Keanu Reeves). There is also Gabby Gabby (Christina Hendricks), a pretty doll along with her ventriloquist dummy henchman, Benson and his look-alike brothers in arms.

The plot is adroitly woven with great characters and multi-generational appeal. And the storytelling style is warm and appealing with the right amount of humour, anecdotes and lessons for life. The lively banter among the characters appears genuine and earnest and at times makes you feel sentimental.

Apart from the writing, it is the voices of the ace star cast that gives a bounce to the characters. Also, the songs mesh seamlessly into the narrative. The number "You got a friend in me…" set in the rock-n-roll tune makes one nostalgic and sets the ball rolling for other great numbers to follow.

Visually the film is impressive. The animation with the 3D effects is of superb quality. The textures of the frames are surreal and natural, especially the initial rain scene or the scenes at the fair and the antique, "Second Chance" shop.

What strikes you at the end is that, like every good story, this one remains in your mind space "to infinity and beyond," much after you leave the theatres. In fact you don't feel like leaving your seat till the screen blanks out.