A Rajasthan lower court had on Wednesday acquitted all six men accused of lynching Pehlu Khan to death in 2017 due to lack of evidence. 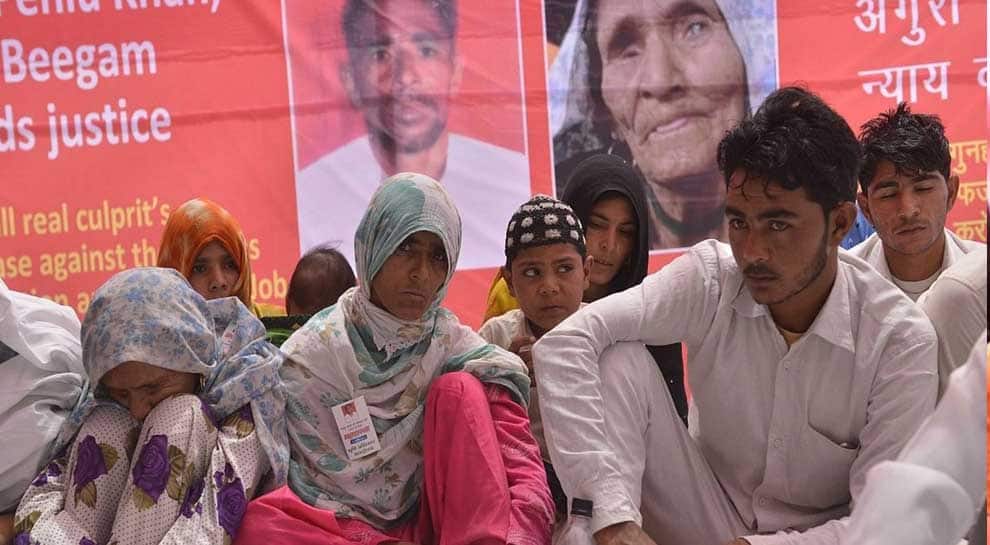 ALWAR: Shattered after a local court in Alwar recently acquitted all six accused of lynching Pehlu Khan in 2017, the Rajasthan government's decision to constitute an SIT to probe the incident afresh has given new hope to his family members. Pehlu Khan's family members have said that they are now hopeful of getting justice after the state government's announcement on forming SIT.

"After the judgement, we were very disappointed but the Rajasthan government decision's to get the case probed again has given us some hope. Inshah Allah, we will now get justice," Pehlu Khan`s elder Son Irshad said.

"Our hopes have revived after this order of the government. It`ll ensure justice to us. But, we`ll go to High Court also," Pehlu Khan`s wife.

A Rajasthan lower court had on Wednesday acquitted all six men accused of lynching Pehlu Khan to death in 2017 due to lack of evidence.

The accused men were let off on the benefit of the doubt. However, reviving the hope of Khan`s family, the Congress government in Rajasthan on Friday announced to constitute a special investigation team (SIT) to probe the case afresh.

Pehlu Khan`s younger son, Mubarik who drives a lorry said, "I have invested 9 months of my earning in pursuing the case in court. When I heard about the judgement I was shattered. Two of my brothers stay at home and not earn because of the court case. Justice is denied because police diluted the case and produced no evidence."

Pehlu Khan, a cattle trader, was beaten to death allegedly by self-proclaimed cow vigilantes on suspicion of cow smuggling in Alwar district 2017.

The decision to set up an SIT was taken at a high-level meeting with Chief Minister Ashok Gehlot here two days after all six accused in the case were acquitted by a lower court on the benefit of the doubt.

The SIT will probe and identify lapses and irregularities in the police investigation. The team will be headed by Deputy Inspector General SOG Nitindeep Ballagan and also comprise SP, CB-CID Sameer Kumar Singh and Additional SP, Vigilance, Samir Dubey.

It will submit its report within 15 days.

Documents and oral evidence which were not collected before in the case will be collected by the SIT, the government said.

After the investigation, the government will approach the higher court against the district court`s order and will take the help of a senior lawyer. Following the verdict on Wednesday, Gehlot had said that the government will appeal against it and had a clear position that no form of mob lynching should take place.