The incident took place near the Clock Tower in Secunderabad on Saturday after its driver lost control of the bus. 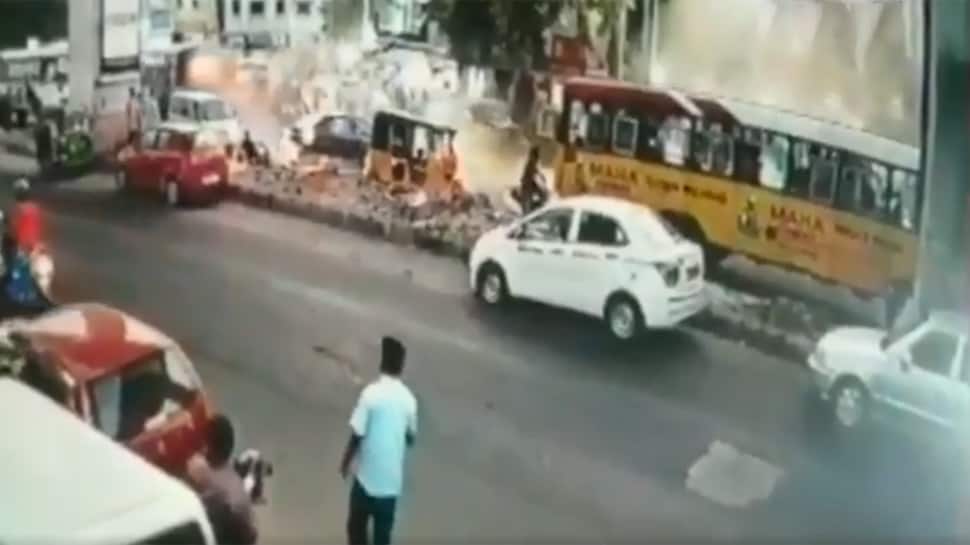 SECUNDERABAD: One person was killed and three injured after a Telangana State Road Transport Corporation bus ran over pedestrians in Secunderabad in Telangana. The bus also hit a car, an autorickshaw, a two-wheeler in the mishap.

The incident took place near the Clock Tower in Secunderabad on Saturday after its driver lost control of the bus. The driver has been identified as Ahmed.

A case has been registered under Sections 304-A of IPC in connection with the case and the bus driver has been taken into police custody.

#WATCH: 1 died, 3 injured after a Telangana State Road Transport Corporation bus hit a car, an autorickshaw, a two-wheeler&ran over pedestrians near Clock Tower in Secunderabad after its driver lost control of the bus. Case registered&bus driver taken into police custody.(12.01) pic.twitter.com/w0iy5C55Re

The mishap has been caught on camera.

According to Gopalpuram Police, "In the evening hours of Saturday, a TS RTC bus of Miyapur depot travelling with more than 50 passengers from JNTU to Secunderabad lost control and rammed into the crowd. The bus also hit an auto, a car, and two-wheelers. One person died on the spot and three others sustained injuries in the accident."

The victims were immediately moved to Gandhi General Hospital for treatment. The driver claimed that the accident occurred due to malfunctioning of the brakes. The claim, however, is yet to be verified by the police.