At around 6.30 am on Thursday, Nehru Zoological Park officials got a call from Hyderabad's Golconda stating an animal resembling Black Panther was moving near Fateh Darwaza in Noorani Masjid area. The zoo officials reached the area with a cage and other equipment and caught the animal which turned out to be an Asian Palm Civet.

Hyderabad: Two wild animals were spotted in Hyderbad on Thursday morning and kept officials of Hyderabad's Nehru Zoological Park and police on tenterhooks for several hours. An Asian Palm Civet and a leopard were seen in the city on Thursday morning.

While the Asian Palm Civet was caught and caged within an hour, the leopard is still keeping the officials, including the police, on tenterhooks since it was first seen at around 8:30 am. Officials are also using drones to track the leopard.

Below: Asian Palm Civet in cage 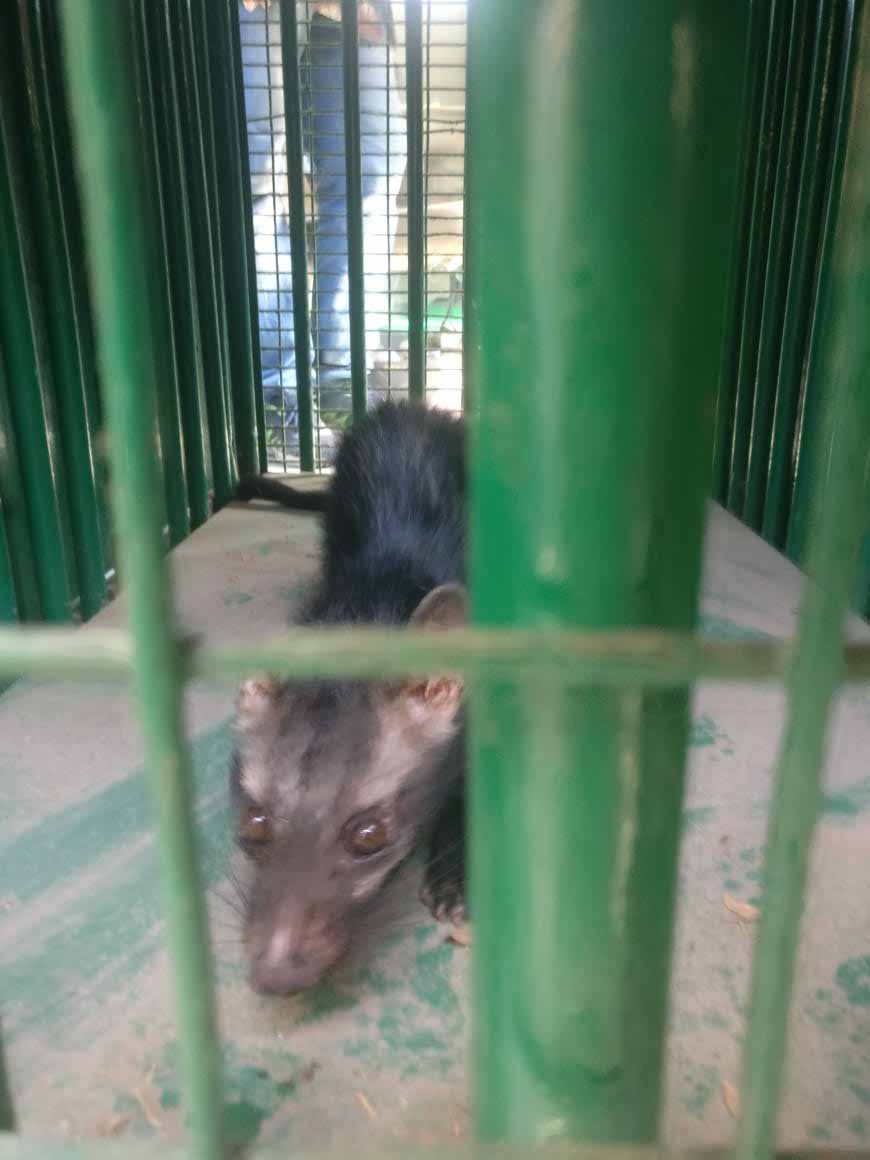 At around 6.30 am on Thursday, Nehru Zoological Park officials got a call from Hyderabad's Golconda stating an animal resembling Black Panther was moving near Fateh Darwaza in Noorani Masjid area. The zoo officials reached the area with a cage and other equipment and caught the animal which turned out to be an Asian Palm Civet. "We are yet to ascertain from where it must have come and how it entered into a residential area," said N Kshitija, curator, Nehru Zoological Park.

However, as the zoo officials heaved a sigh of relief, news of a leopard sitting on the road came from Mylardevipally area which is just on the outskirts of the city on the road to Hyderabad International airport. Even though there is a lockdown due to the coronavirus COVID-19 threat, many enthusiasts gathered near the leopard. They also clicked photos and videos before the officials reached.

Though the rescue team headed by Dr MA Hakeem, Deputy Director (Vet) along with other officials of the zoo and also police officials tried to trap the animal, the leopard ran, jumped a wall and disappeared into the farm next to the road. 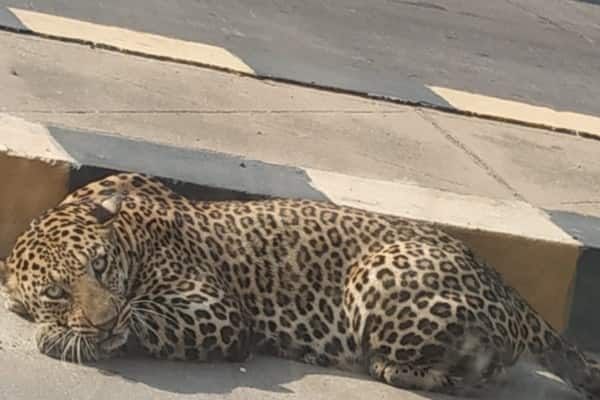 Since around 8:30 am when the leopard disappeared into the farm, the officials have been trying to locate the animal and tranquilise it using baits in the cage. But the leopard is yet to be sighted.

Officials of Nehru Zoological park, Hyderabad along with police and other rescue personnel on mission to find missing leopard 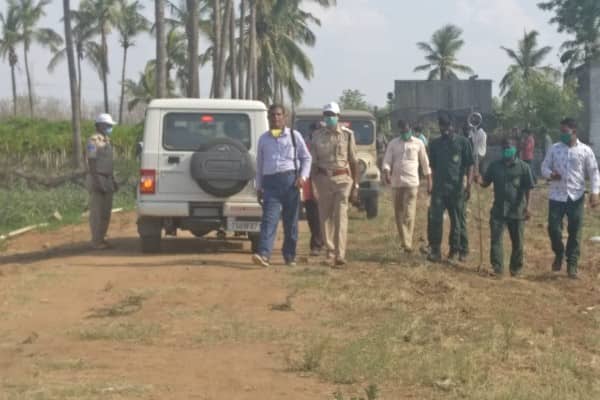 Just before the sunset, a couple of drones were also used in the area where the officials believe the leopard must be hiding but there has been no sign of it.

It is quite baffling even for the officials as to how the leopard strayed on to a busy road. With darkness engulfing the area after sunset, it is even more difficult for those who are trying to catch it. 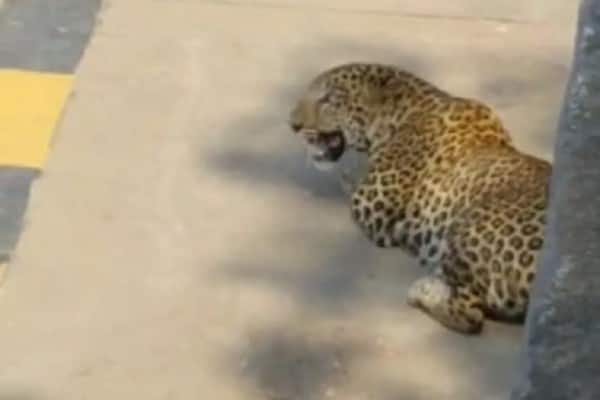 "Though leopards are shy, they are intelligent creatures. Leopards avoid human habitations or human presence but in case of this particular leopard, I am surprised as to how it came on to a road wherein a number of vehicles pass. It sat on the middle of the road, unmoved for a very long time as we saw in videos and photos,'' says Sanjeev Siva, a wildlife photographer.

It remains to be seen how officials trap and catch this particular leopard. More than that the interesting aspect will be from where and which place the leopard strayed into the city.