The police said that request will be made to handover the case to the fast track court, Mahbubnagar to expedite the prosecution for maximum punishment to the accused persons. 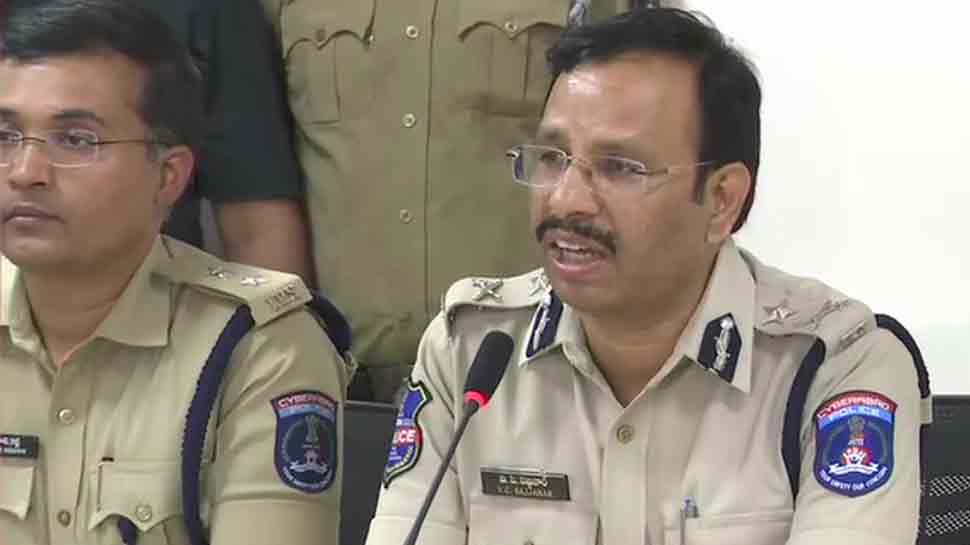 HYDERABAD: The Cyberabad Police on Friday (November 29) revealed the names of four culprits believed to be involved in the gangrape and gruesome murder of a young government veterinary doctor here. Addressing a press conference, the police said that these culprits have been identified as - Mohammad Areef, Jollu Shiva, Jollu Naveen and Chintakunta Chennakeshavulu.

All the four culprits were earlier arrested and taken into custody at Shadnagar Police Station.

The Cyberabad Police said that "a request will be made to handover the case to the fast track court in Mahbubnagar to expedite the prosecution for maximum punishment to the accused persons."

The charred body of the victim was found on Thursday near Shahdnagar town, and the police suspected that the victim was sexually assaulted by a group of men before she was set on fire.

The four suspects, including a lorry driver, a cleaner and two others, deliberately punctured the deceased's two-wheeler's tyre, and then approached her to offer help. The girl was then abducted and taken to a nearby stranded area where they forced themselves upon her. They stifled her voice and the woman doctor eventually died of suffocation.

Notably, the victim had left her house in Shamshabad for Kolluru village to attend duty at the veterinary hospital. She returned in the evening at the toll plaza, parked her scooty nearby and took a cab to go to Gachibowli to visit a dermatologist. When she returned around 9 pm, she found that her two-wheeler was punctured.

The victim's family lodged a missing complaint with the police around 11 pm. The police on Thursday morning found the charred body of the victim near Shadnagar.

Shocked over the rape and murder incident, Union MoS G Kishan Reddy said that he was speaking to state government and police to ensure capital punishment for culprits, adding "It's a matter of grave worry that a woman was subjected to such brutality. We'll give sufficient assistance from centre where needed."

The ghastly murder has also been criticised by the Chairperson of the National Commission for Women (NCW), Rekha Sharma, who vouched for maximum punishment for the perpetrators. She announced on Twitter that a person from NCW has already been sent to meet the grieving family.