New Delhi: A 10-year-old girl from Puna of Surat district wrote a letter to Prime Minister Narendra Modi urging him to take revenge from Pakistan and Jaish-e-Mohammad terrorists who carried out the deadly terror attack on CRPF convoy in Pulwama last Thursday.

The girl was busy with her school homework when reports of Pulwama attack, in which at least 40 CRPF personnel lost their lives, flashes on her television screen. Deeply disturbed with the news, Manali enquired from her mother if she could speak to the Prime Minister to which her mother asked her to write a letter to him, as speaking to him would not be possible due to his busy schedule.

Following her mother's advice, Manali penned down a heartfelt letter to PM Modi, which has gone viral on social media.

Attached below is the letter penned down by the 10-year-old to the Prime Minister: 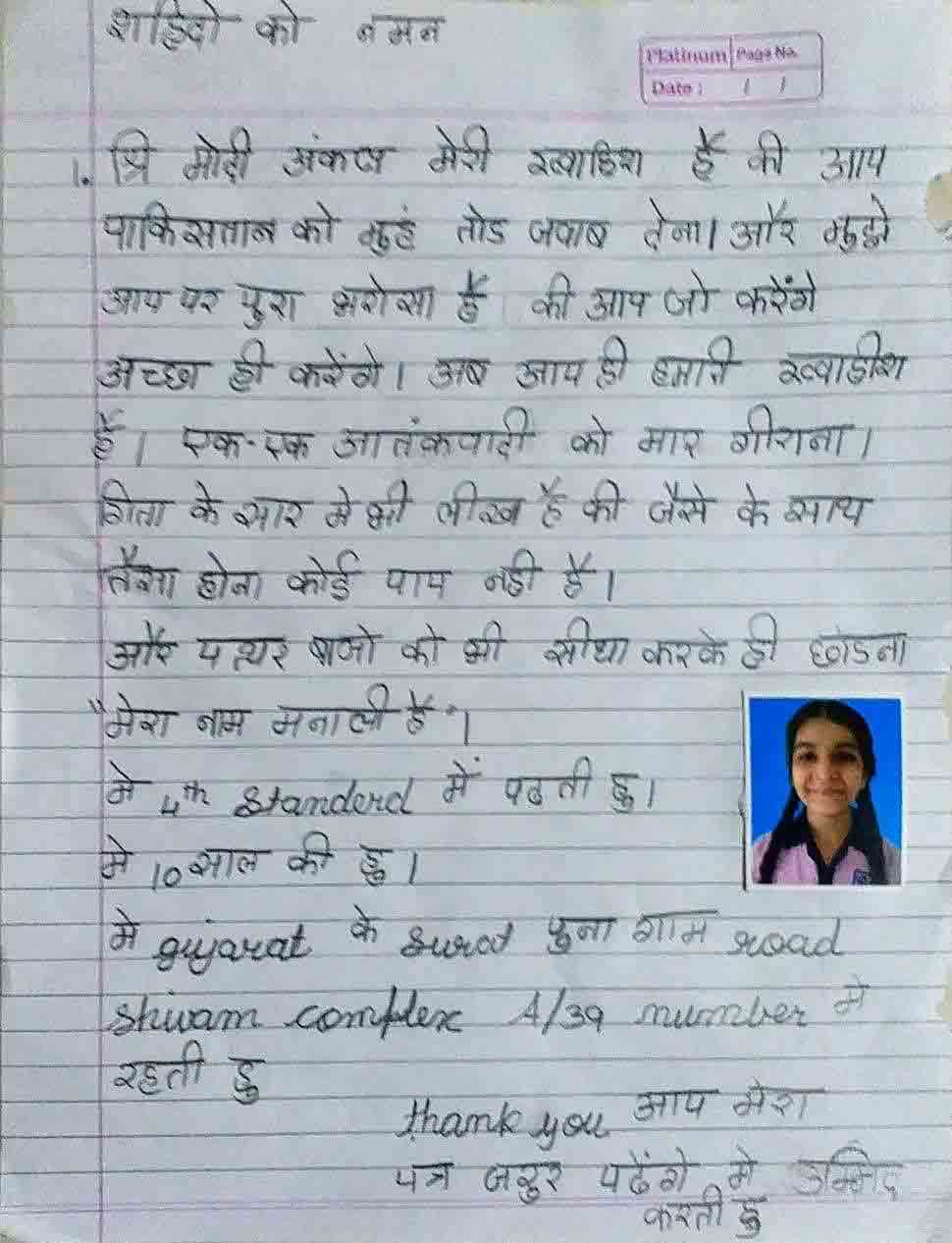 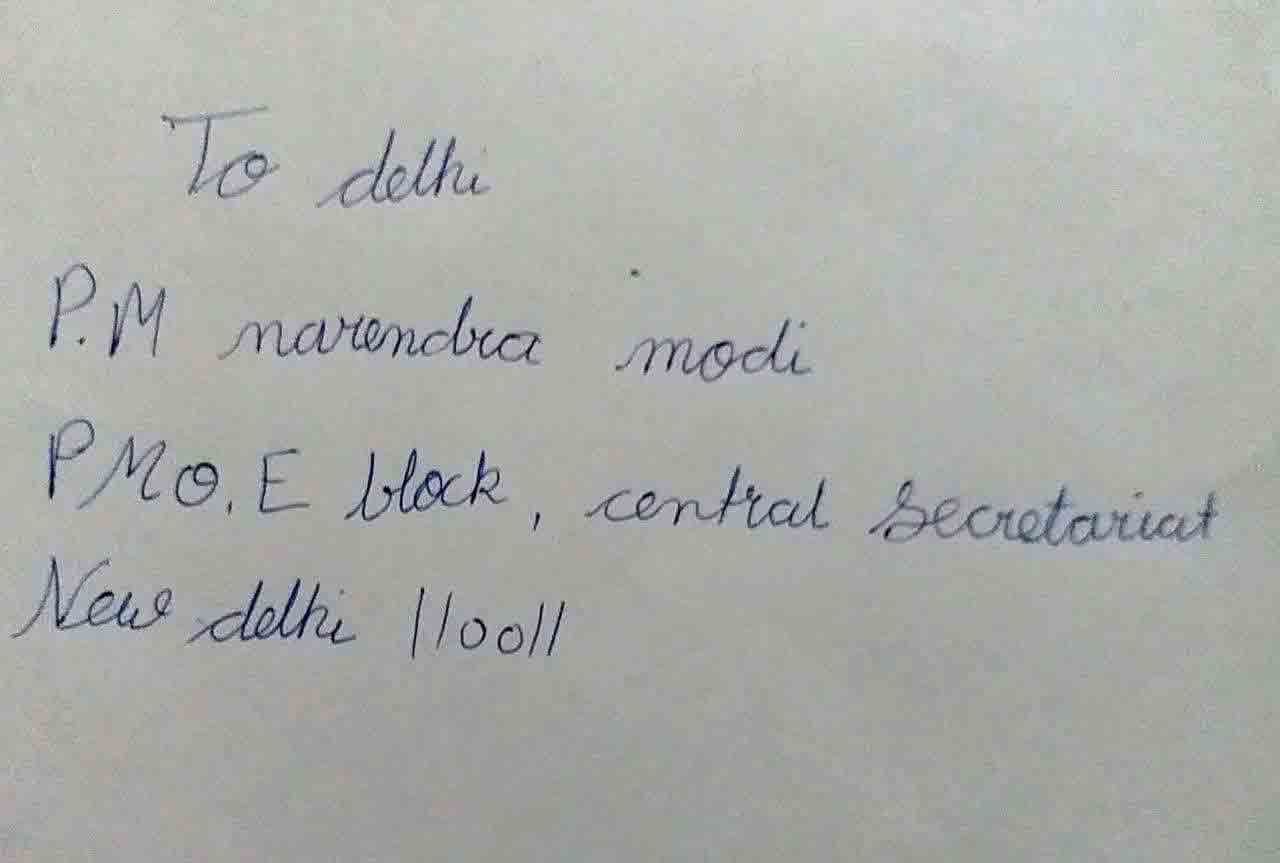 At least 40 CRPF personnel were killed on Thursday in one of the deadliest terror attacks in Jammu and Kashmir when a Jaish suicide bomber rammed a vehicle carrying over 100 kg of explosives into their bus in Pulwama district that also left many critically wounded, officials said.