The fishermen were released through Attari-Wagah border on April 8. 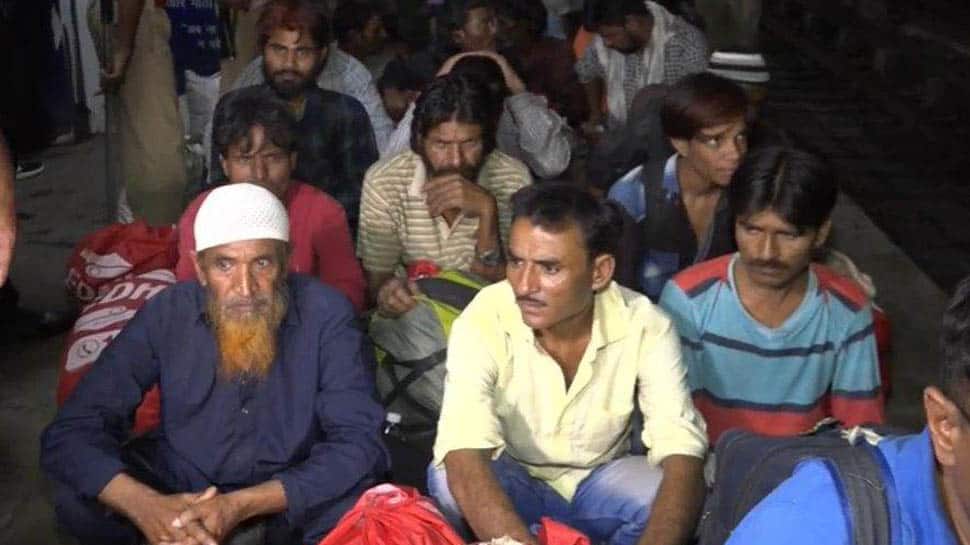 Vadodara: A total of 100 Indian fishermen, who were released by Pakistan earlier this week, arrived in Vadodara on Thursday. They were brought to Vadodara via a train from Amritsar.

The fishermen were released through Attari-Wagah border on April 8. They were kept in Karachi jail for over one and a half year. Upon the arrival, V Babu, one of the fishermen, shared his ordeal of staying with news agency ANI and said, "We were kept in a room and not allowed to move freely during the recent period of tension between the two nations."

Gujarat: 100 Indian fishermen that were released by Pakistan on 8th April arrive in Vadodara from Amritsar on train. V Babu, one of the released fishermen says "We were kept in a room & not allowed to move freely during recent period of tension between the two nations," (11.4.19) pic.twitter.com/RYvbIhoNv1

They belong to Gujarat's Veraval region and were caught by Pakistan coast guard for crossing the international sea borders.

Speaking to ANI, another fisherman said, "Many of us accidentally cross the border while some go to that side knowingly for catching fishes. I was in Pakistan for about 17 months. We were always confined in a particular cell and were never allowed to venture out. We were clearly told to stay in the definite cell for our own safety."

On April 5, Pakistan announced that it will release 360 Indian prisoners as a 'goodwill gesture' amidst tensions between the two countries after the Pulwama terror attack. The prisoners are mostly fishermen and they will eventually be released in four phases.