At least eight Congress and three Janata Dal-Secular legislators have submitted their resignations to the office of the Speaker in his absence. 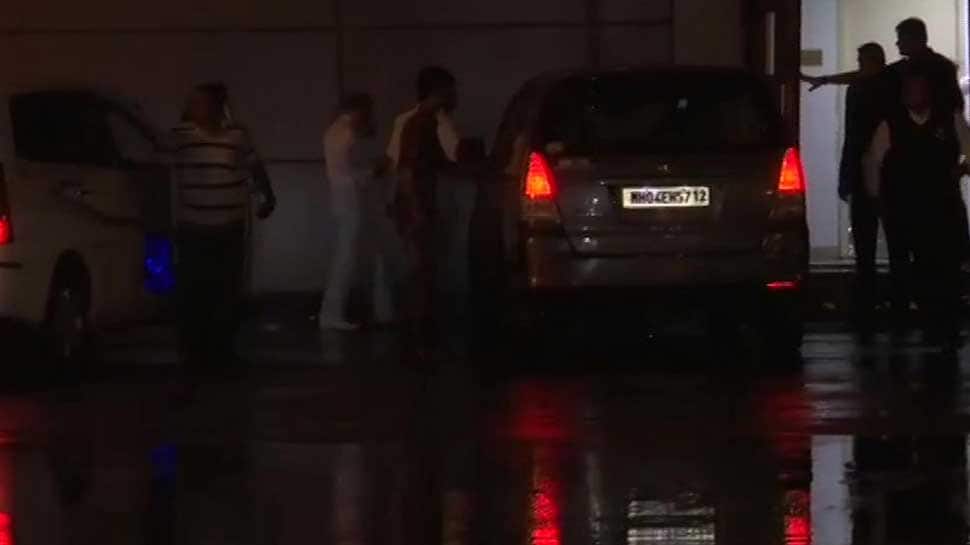 BANGALORE: Over 13 months-old Karnataka`s coalition government of Janata Dal (Secular) and the Congress on Saturday slumped into crisis following the resignation of their 11 MLAs from the membership of the state assembly. However, JD(S) MLA H Vishwanath claimed that 14 MLAs have jointly tendered their resignations to Speaker KR Ramesh Kumar and requested him to accept them. However, the Speaker has not yet accepted their resignations.

Among those who resigned were -  AH Vishwanath, Ramesh Jarkiholi, Somashekar, Pratap Gouda Patil, Gopaliah, BC Patil, Mahesh Kumtahallli, Narayana Gowda, Byrati Basavaraj, Shivram Hebbar and Ramalinga Reddy. Karnataka Assembly Speaker Ramesh Kumar, who was not present in his office, said, "I was supposed to pick up my daughter that is why I went home, I have told my office to take resignations and give acknowledgement that 11 members resigned. Tomorrow is a leave so I will see them on Monday."

After this dramatic turn of events, the state government appeared to have fallen into a minority forcing Chief Minister HD Kumaraswamy, who is in the US, to cut short his visit. He is expected to fly back here on Sunday. Former Chief Minister and Congress leader Siddaramaiah late on Saturday evening held a meeting with the party MLAs where he is believed to have discussed among other things the current political situation in the state. The meeting took place at his house.

The dissident MLAs reached Mumbai and are staying in resorts. The Congress leaders went into huddle after the development with AICC general secretary in-charge of Karnataka KC Venugopal rushed to Bengaluru. He held several rounds of meeting with state Congress leaders including Siddaramaiah, Deputy CM G Parameshwara and DK Shivkumar on the crisis gripping the state`s coalition government.

Speaking on the current crisis in Karnataka, BJP leader DV Sadananda Gowda said, ''They thought it's high time to come out of that party & resigned from legislators post as they felt that continuing as MLAs was not good in the larger interest of their constituency and the state.''

The crisis comes at a time when state Congress chief Dinesh Gundu Rao is travelling and Chief Minister HD Kumaraswamy also happens to be on a private visit to the US and is expected to arrive in Bengaluru on Sunday.

In the 225-member Karnataka Assembly, the BJP has 105 seats, Congress 78 seats and JD(S) 37 seats. The BSP and the KPJ party have one seat each. There is also an independent and one Speaker.

Tune in for the latest updates from Karnataka -

-According to reports, Renaissance Hotel in Pawai, Sofitel Hotel in Mumbai and the Taj Hotel have been booked for the rebel MLAs' overnight stay.

-They will come back. Where else will they go? The resignations have not been accepted yet: Karnataka Minister and Congress leader Zameer Ahmad.

Karnataka Minister & Congress leader Zameer Ahmad on resignations of Congress-JD(S) MLAs: They will come back. Where else will they go? The resignations have not been accepted yet. pic.twitter.com/spitHNEOyh

-Many of the MLAs who want to leave Congress have been associated with the party for a long time. I've faith that they'll stay with us and support the party. I'm going to Bengaluru. I'll make further comments after looking at the ground situation there: Mallikarjun Kharge

-Congress workers protest outside the Congress office against the MLAs who submitted their resignations to the Assembly Speaker, today.

- They've put their resignations at the office of Speaker, he'll take a decision at an appropriate time. At present the government is safe, it's safe now. They will come back to us, no one will go, says HK Kumaraswamy, Karnataka JDS chief.

HK Kumaraswamy Karnataka JDS chief on Congress-JDS MLAs submitting resignation to Speaker: They've put their resignations at office of Speaker, he'll take decision at an appropriate time. At present the government is safe, it's safe now. They will come back to us, no one will go. pic.twitter.com/casPzbJ8MW

- Rebel Congress-JDS MLAs who had submitted their resignations to the Speaker of the Assembly, meet Governor Vajubhai Vala at the Raj Bhavan in Bengaluru.

-Karnataka Congress President Dinesh Gundu Rao is in the United Kingdom. He will arrive in Bengaluru tomorrow, reported ANI.

-BS Yeddyurappa will be the Chief Minister if a new Government is formed (in Karnataka): DV Sadananda Gowda.

-Karnataka Congress in charge KC Venugopal is leaving for Bengaluru after 8 Congress and 3 JDS MLAs submitted their resignation.

- Governor is the supreme authority, as per the constitutional mandate if he calls us, certainly we are ready to form the government. We are the single largest party, we have got 105 people with us: DV Sadananda Gowda, BJP on being asked if BJP will form government in Karnataka.