1145 policemen pass out from Jammu and Kashmir police academy

Among 1145 successful men, 39 are special commandos and policemen who have been specially trained to deal with the arson, rioting, and stone-pelting. 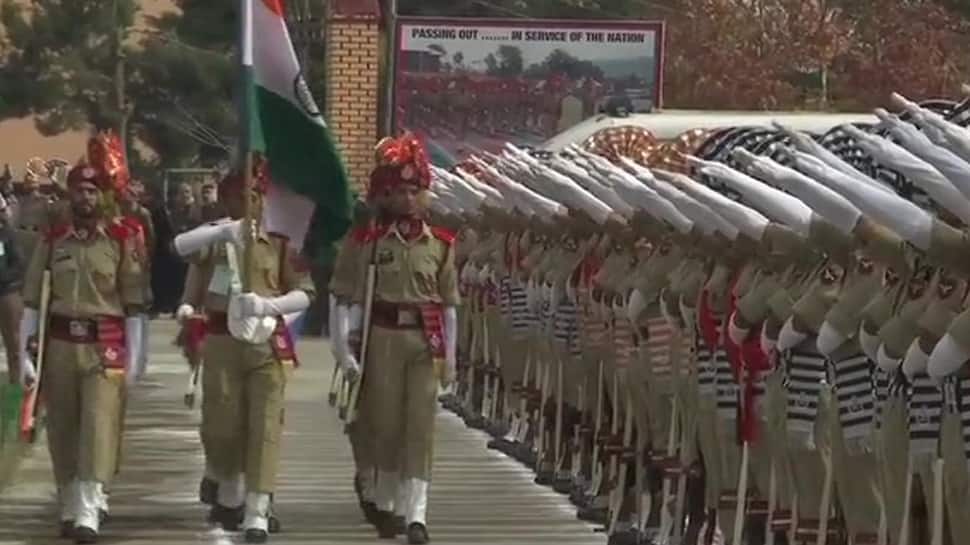 A total of 1145 men on Monday (November 18) passed out from the Jammu and Kashmir police academy after undergoing rigorous training to deal with the law and order in the newly formed union territory.

Among 1145 successful men, 39 are special commandos and policemen who have been specially trained to deal with the arson, rioting, and stone-pelting. This is also for the first time that the policemen took oath under the allegiance to the Constitution of India after the abrogation of Article 370, which granted special status to the erstwhile state of Jammu and Kashmir, on August 5.

Jammu and Kashmir Lieutenant Governor Girish Chandra Murmu and Director General of Police (DGP) Dilbag Singh attended passing out parade in Ganderbal. Speaking on the occasion, LG Murmu remembered the sacrifices of the Jammu and Kashmir police and praised the newly recruited policemen.

On November 14, LG Murmu had said that there would be assembly elections in Jammu and Kashmir Union Territory soon. LG Murmu had made the remarks while speaking at the Attestation-cum-Passing out Parade of 14th BRTC batch of Constables which was held at Subsidiary Training Centre, Talwara in Reasi district.

“Election will come. It is a Union territory with a legislature, it will not continue like this (LG’s rule). The process for holding the election will come soon,” Murmu had said.

Tags:
Jammu and Kashmirjammu and kashmir police academyPassing Out Parade
Next
Story