Over 37 lakh electorate, who are eligible to exercise their franchise, will decide the electoral fortune of 189 candidates, including 15 women candidates in the first phase of Assembly elections. 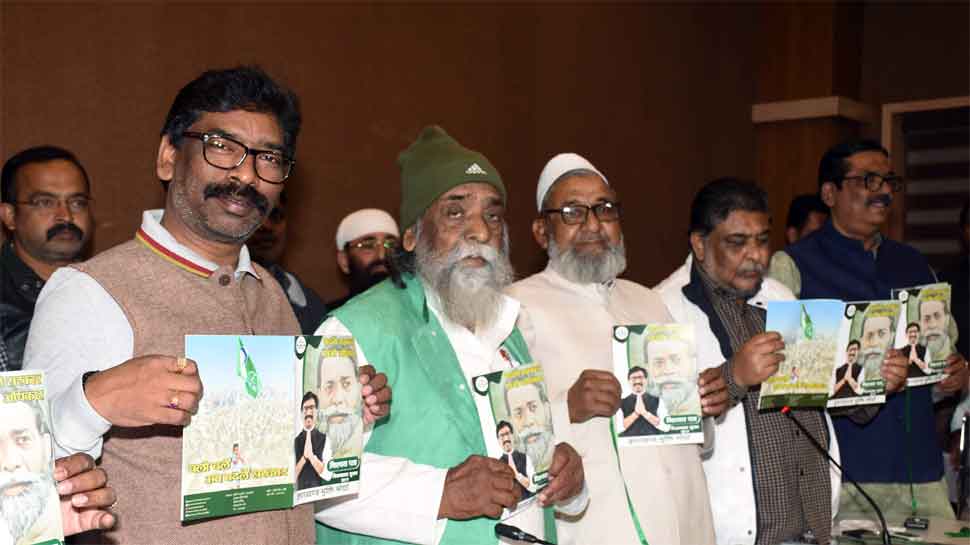 New Delhi: At least 13 constituencies spread across six districts of Jharkhand are set to head for Assembly polls in the first phase on Saturday. The polling will begin at 7 am today.

Over 37 lakh electorate, who are eligible to exercise their franchise, will decide the electoral fortune of 189 candidates, including 15 women candidates in the first phase of Assembly elections. Security has been beefed up in these constituencies and adequate arrangements have been made at all polling booths.

"Adequate security has been ensured in all polling booths across the constituencies which will go to polls in the first phase. Special arrangements have been made for the specially-abled voters," said Jharkhand Chief Electoral Officer Vinay Kumar Choubey.

The district administration in Jharkhand has tightened the security in two assembly constituencies Latehar and Manika, where a Naxal attack took place a few days ago. The administration has expressed confidence that they have made all the requisite arrangements and are sure that the voting will take place in a peaceful manner in these constituencies.

"We have completed our security preparations, whether it is security or dispatch. Security forces at required places have also been deployed. We are ready to conduct the poll peacefully. Hypersensitive booths have been further divided into clusters, superclusters and zones," Deputy Commissioner of Latehar, Zeeshan Qamar told ANI on Thursday.

Jharkhand, which has an 81-member assembly, will have polls in five phases till December 20. Counting of votes will take place on December 23.

As many as 67 assembly constituencies in the state are 'very extremely' to 'extremely' affected by Left Wing Extremism (LWE), Chief Election Commissioner Sunil Arora had said.

Incumbent Chief Minister Raghubar Das is seeking a second five-year term. The BJP leader has also become the first chief minister of the state to complete a full term in office. The tenure of the current Assembly ends on January 5, 2020.

It will be the fourth Assembly election in Jharkhand since the state was carved out in 2000 from Bihar.