The death toll due to clashes between the pro-CAA and anti-CAA groups jumped to 13 on Tuesday and the tense situation forced the CBSE to postpone the exams, scheduled for Wednesday (February 26), at all centres in North East Delhi. 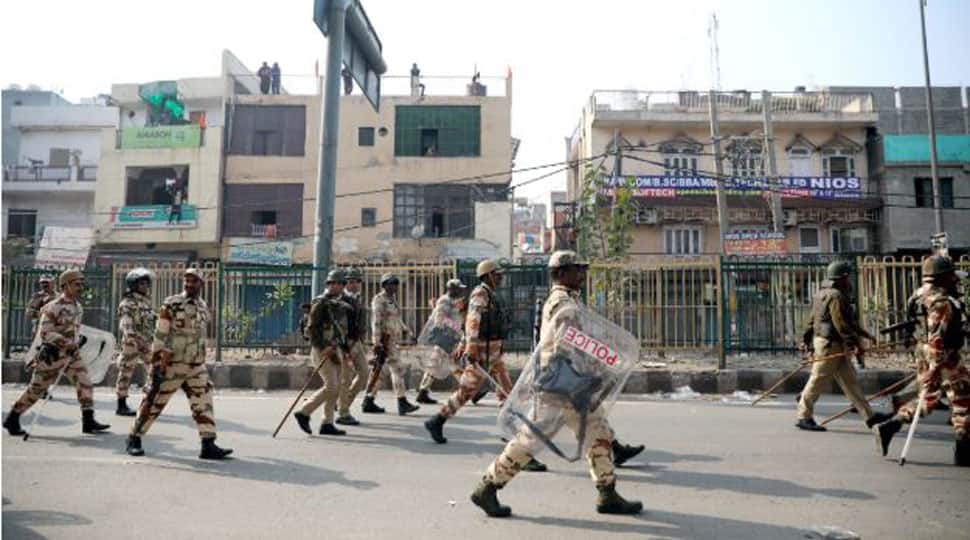 As violent clashes over the Citizenship Amendment Act (CAA) continued for the third straight day in several areas of North East Delhi on Tuesday (February 25), the Delhi Police issued shoot-at-sight order in some violent-hit areas to bring situation under control.

The death toll due to clashes between the pro-CAA and anti-CAA groups jumped to 13 on Tuesday and the tense situation forced the CBSE to postpone the exams, scheduled for Wednesday (February 26), at all centres in North East Delhi. Over 150 people have got injured in the riots which have affected Maujpur, Jaffrabad, Bhajanpura, Yamuna Vihar, Chand Bagh and Gokalpuri in North East Delhi.

Police and RAF personnel conducted a flag-march in the Khajuri Khas area where massive violence and arson were reported on Tuesday. Section 144 has been imposed in the area following the incidents of violence. Special Commissioner of Delhi Police Satish Golcha visited the area and said police will remain there till the situation comes under control.

Speaking to reporters he said, "We will be detaining miscreants and taking legal action against them. People should cooperate with us to maintain peace. We are here till the situation normalises. Else we will deploy more forces."

Meanwhile, Delhi Commissioner of Police, Amulya Patnaik, rejected reports of lack of adequate forces to tackle the situation on ground. "Some news agency ran the news that Delhi Police said that it has not got adequate forces from MHA, this information is wrong. MHA is continually supporting us and we have adequate forces. Delhi police denies this completely," he said.

Paramilitary forces have been deployed in the violence-hit areas to bring the situation under control. The Centre has appointed IPS officer S N Shrivastava as the new Delhi Police Special Commissioner (Law and Order) after repatriating him from the CRPF to take control of the violence in the national capital.

Earlier on Tuesday, Union Home Minister Amit Shah convened a high-level meeting with Delhi LG Anil Baijal, Chief Minister Arvind Kejriwal and Commissioner of Police Amulya Patnaik. During the meeting, the leaders resolved to take steps to restore peace in the violence-hit areas. It was also decided that workers of political parties should join hands to restore peace in the city and the local leaders should reactivate peace committees in their respective areas to maintain peace. The meeting was also attended by Congress leader Subhash Chopra, Delhi BJP chief Manoj Tiwari and BJP MLA Ramvir Bidhuri.

Talking to the media after the meeting, CM Kejriwal said that the meeting was positive and Union Minister Shah has assured them that adequate police force would be deployed in the violence-hit areas to maintain law and order. “The Home Minister had called a meeting today, it was a positive one. It was decided that all the political parties will ensure that peace returns to our city,” he said.

The area had been witnessing violent clashes since Sunday (February 23) when a rally by BJP leader Kapil Mishra against the anti-CAA protesters was followed by incidences of stone-pelting between the two groups.