Talking about the RSS, Mohan Bhagwat said that the Sangh always works for the welfare of the country. 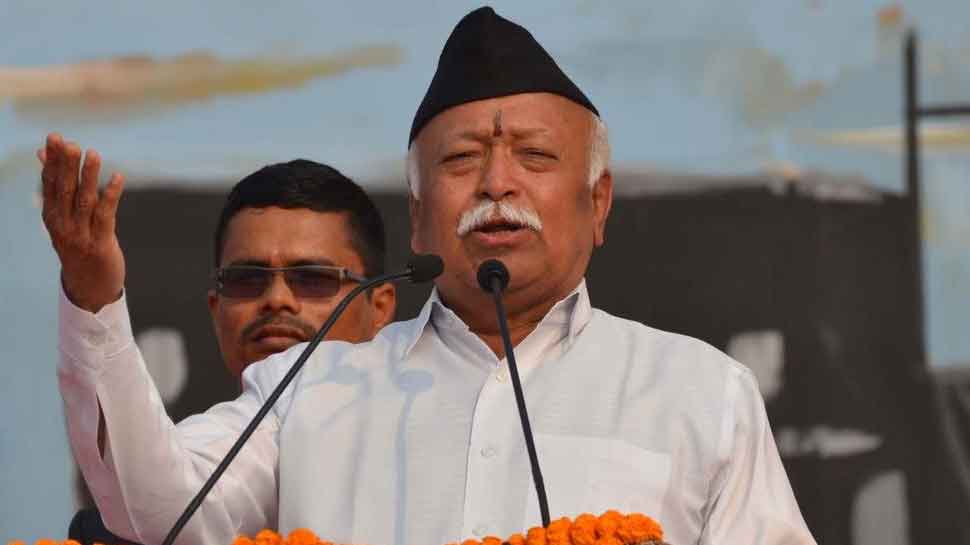 Rashtriya Swayam Sewak (RSS) chief Mohan Bhagwat on Wednesday (December 25) said that India has traditionally been "Hindutvawadi" and the RSS considers the 130 crore population of the country as "Hindu society" irrespective of their religion and culture.

"When RSS calls someone a Hindu then it means those people who consider India as their motherland and love it...The son of mother India, irrespective of what language he speaks, which religion he practices, whether he follows any form of worship or not, is a Hindu," Bhagwat said while addressing an event in Hyderabad.

"So for the Sangh, all 130 crore people of India are a Hindu society. RSS considers everyone as their own and wants the development of everyone. Sangh wants to take everyone together," he added.

The RSS chief said that British had hoped that Hindus and Muslims would fight among each other to finish each other but it would not happen.

“Amid the struggle, society will come up with a solution to live together. And that solution will definitely be a Hindu ‘upaay’ (solution). These are Rabindranath Tagore’s words,” he noted.