Several districts of Bihar have been receiving heavy rainfall since Friday and flood-like situation has been created in several parts of the state, throwing normal life completely out of gear. 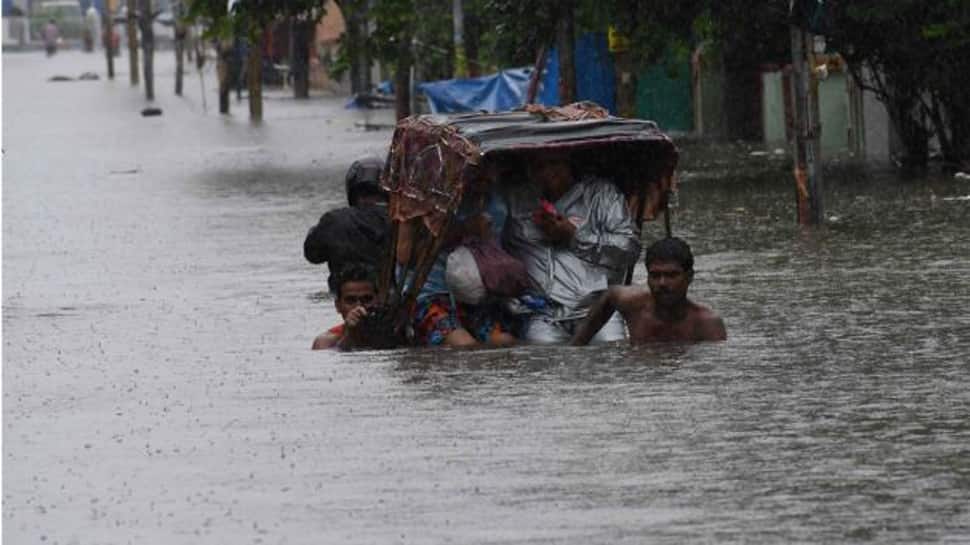 At least 14 people died and two got injured due to heavy rains in Bihar in the last 24 hours. Four people died near capital Patna after a tree fell on auto at Khagaul railway station. Police said that two people got injured in the incident and they have been admitted to the hospital. Sources told Zee Media that six people died in Bhagalpur due to two different incidents of the wall collapse. Four people died at Hanuman Ghat in Barari due to the collapse of a wall, while two got killed in Khanjarpur. A team of State Disaster Response Force has reached the spot and is removing the debris amid reports that some more people are trapped under the rubble.

A 70-year-old woman died in Munger when a tree fell on her while she was working in her field. It may be recalled that a youth died in Patna on Saturday due to electrocution. In Kaimur district, two people of a family got killed after their home collapsed due to heavy rains.

It is feared that situation may worsen on Sunday as the India Meteorological Department (IMD) has predicted that isolated places over Bihar, Himachal Pradesh and Gujarat are likely to receive heavy rainfall in next 24 hours. "Heavy to very heavy rainfall with extremely heavy falls very likely at isolated places over Chhattisgarh, Punjab, Haryana, Chandigarh and Delhi,Uttar Pradesh, East Rajasthan, Gangetic West Bengal, Jharkhand, Assam and Meghalaya," the IMD said.