The death toll is likely to rise. 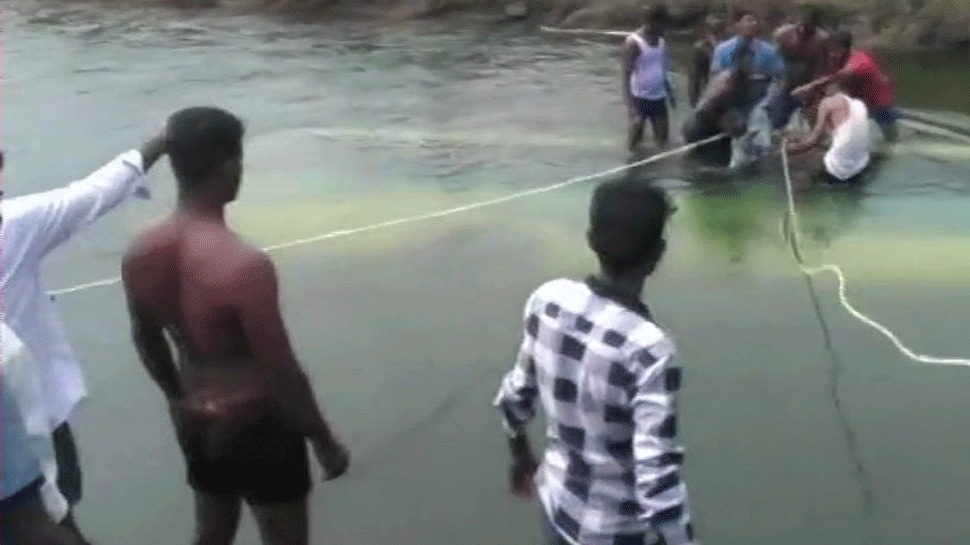 Bengaluru: At least 25 people have on Saturday died after the bus they were in, fell into Vishweshwaraiah Canal (VC) near Mandya in Karnataka. The incident took place around noon near Kanakanamaradi of Pandavapura taluk.

Karnataka: At least 15 people died after the bus they were in, fell into VC canal near Mandya earlier today. The death toll is likely to rise. pic.twitter.com/1fFs4z7tOI

Rescue teams have reached the spot and rescue operation was underway, officials said.

Locals said the bus, which was on its way to Mandya from Pandavapura, was completely submerged under water.

Most of the victims are school children, they said, adding that they were returning home after half-a-day at school.

Meanwhile, Chief Minister H D Kumaraswamy expressed shock over the incident and rushed to the spot.

According to a statement released by the Chief Minister's Office, Kumaraswamy has spoken to district in-charge minister C S Puttaraju and district Deputy Commissioner and directed them to visit the spot immediately and oversee the rescue operation.

"25 people have died. I believe the driver was not driving properly, I will find out, take some more inputs," Karnataka Deputy Chief Minister G Parameshwara said.