The India Meteorological Department (IMD) informed that Sunday`s showers were the highest rainfall recorded by the state in 24 hours in Shimla district, over the past 70 years. It further said that district will continue to witness thunderstorm and heavy rainfall over the next two days. 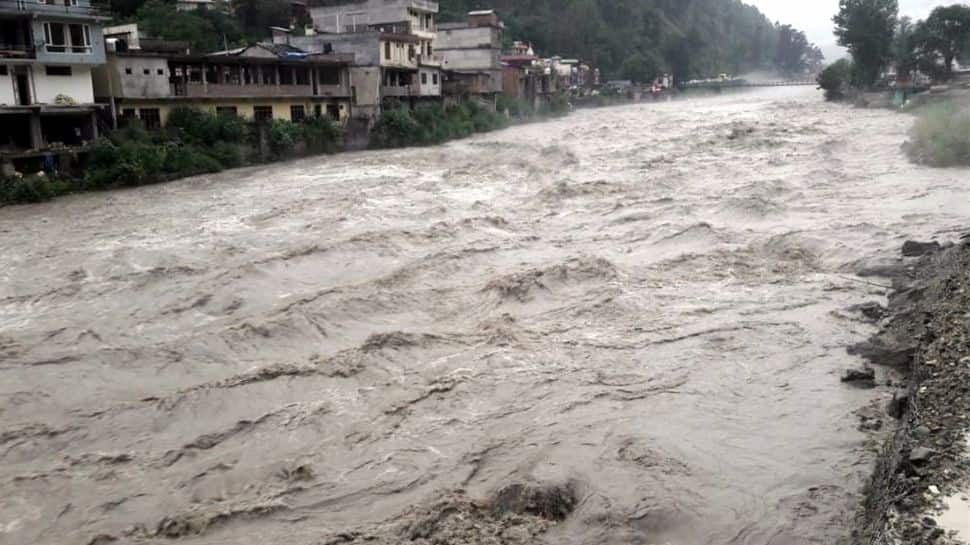 Shimla: At least 18 people were on Sunday killed in Himachal Pradesh in various rain-related incidents across the state, news agency IANS quoted officials as saying. All schools and colleges in Shimla and Kullu districts have been ordered to remain shut on August 19 (Monday) even as incessant rains continued to wreak havoc in the state.

Office of the District Magistrate, Kullu: Due to heavy rains & incidents of landslides in the region, all private & government educational institutions in the district will remain closed on 19 August. #HimachalPradesh pic.twitter.com/4P8NOcXV57

Eight people died in Shimla, two each in Kullu, Sirmaur, Solan, and Chamba and one each in Una and Lahaul-Spiti districts, officials informed. At least three people were killed in a landslide in Shimla. Hundreds of people have been left stranded as unrelenting rains caused massive landslides in the state, leading to roadways being blocked and traffic snarls. As many as 16 houses in Kullu districts have been completely destroyed while many others have been swept away by flash floods in the state. Two people were washed away in Kullu's Sujwad Nallah due to its overflowing as people tried to rescue them. At least 60 roads were blocked in Kullu district while 48 blockades were reported in Chamba district, police said.

The India Meteorological Department (IMD) informed that Sunday`s showers were the highest rainfall recorded by the state in 24 hours in Shimla district, over the past 70 years. It further said that district will continue to witness thunderstorm and heavy rainfall over the next two days.

A Balley bridge near Kullu town was washed away due to flash floods. As a precaution, excess water was released from Satluj Jal Vidyut Nigam Ltd`s (SJVNL) 1,500 MW Nathpa Jhakri plant -- India`s largest hydro project in Kinnaur district -- which led to flooding in the Satluj river, IANS reported.

Lahaul Spiti saw light snowfall while very heavy rainfall occurred in most of the state with Kangra, Kullu and Chamba districts receiving maximum downpour in the past 24 hours led to situation being worsened, Meteorological Centre of Shimla said.

As heavy to very rainfall is likely in the state over the next 24 hours, the Kullu and Shimla district administration announced the closure of all educational institutes till Monday.

Office of the District Magistrate, Shimla: In view of heavy rains in the district, it has become necessary to order closure of all educational institutions in Shimla district on 19 August. #HimachalPradesh pic.twitter.com/hVJcwbcihI

All private and government educational institutions in Kullu district will also remain closed on August 19 on the orders of Richa Verma, District Magistrate of Kullu.