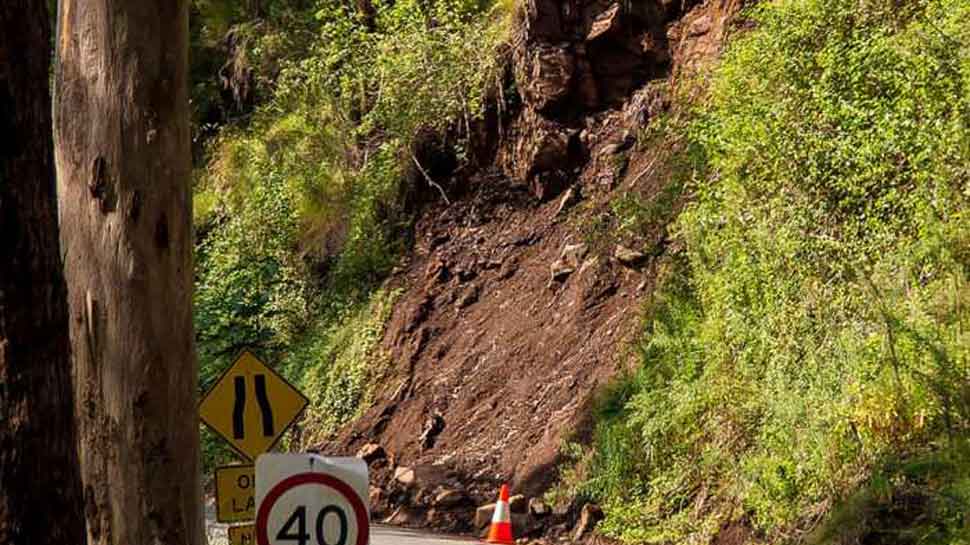 Around 2 am on Monday, a landslide occurred near Pubung Fatak in Sukhia of Darjeeling completely destroying a house, wherein a couple got buried in the rubble. The couple identified as Kumar Lopchan and his wife Bal Kumari Lopchan were rushed to the Darjeeling District Hospital by the police and Fire and Emergency Services Department officials where they were declared dead on arrival.

The traffic between the Ghoom station and Sukhia came to a grinding halt with several tourist vehicles getting stranded due to the landslide.

The officiating chairman of Gorkhaland Territorial Administration (GTA), Anit Thapa personally inspected the site for earliest clearance of road. The debris was cleared around evening and traffic movement returned to normal.

On the other hand, the road connecting Harsing and mineral spring was washed away by the heavy rains. Landslides at various areas of Bijanbari block at Kainjaliya, Relling, Padeng, Kothidhura occurred obstructing traffic movement. The district administration was pressed into service to clear the debris from the hill roads.

The Indian Meteorological Department, Regional Centre Kolkata has predicted more rains for Darjeeling and other districts of North Bengal till July 12.

“Due to the presence of low pressure area over East Uttar Pradesh/adjoining Bihar with strong moisture incursion from the Bay of Bengal, enhanced rainfall activity is likely to continue over the districts of North Bengal in between July 8-12, 2019. Widespread rainfall activity very likely over Coochbehar, Jalpaiguri, Darjeeling, Kalimpong, Malda, North and South Dinajpur districts,” read the Met office advisory.

According to skymet weather – a weather forecasting site, Darjeeling was the rainiest place in the country with 139 mm of rain, followed by Mahabaleshwar in Maharashtra with 136 mm of rain.