Two people drowned in the sea near Marine Drive in Mumbai on Saturday during high tide on Saturday afternoon. 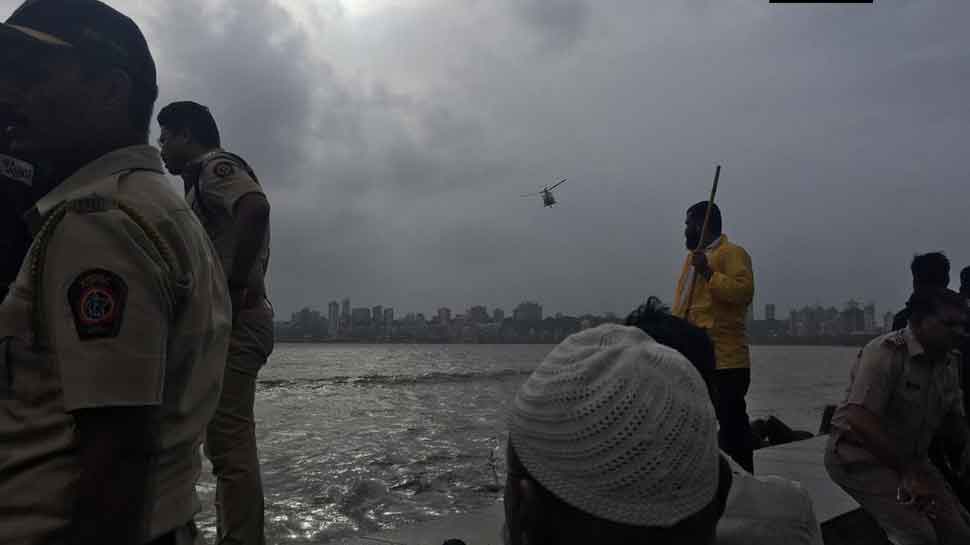 Mumbai: Two people drowned in the sea near Marine Drive in Mumbai on Saturday during high tide on Saturday afternoon.

The deceased included an eight-year-old boy and a 26-year-old man.

The incident happened around 2:11 PM on Saturday, when a tide of 4.74 metres rose at Marine Lines, as heavy rains lashed the city.

Mumbai Police and Mumbai Fire Brigade officials immediately rushed to the spot and launched a search and rescue operation, which is still underway.

Mumbai: Rescue operation underway by Navy helicopter at Marine Drive for 2 people who've drowned here due to high tide. One of the 2 missing people had tried to rescue the another & got carried away in the high tide. Police tried to rescue them by throwing rope but failed pic.twitter.com/twnS5IiDcV

The divers of the Navy also reached the spot and have joined the rescue operation. As per reports, high tide hampered the rescue process, but efforts are still on.

Earlier on Saturday, the Brihanmumbai Municipal Corporation (BMC) issued a warning regarding the tide, asking people not to venture near the sea around 2-3 PM.

Mumbai has been hit hard with incessant rainfall with both losses of life and property being reported from various areas.