The executing agency was conducting a mock rescue drill and due to imbalance, one of the trolleys carrying six workers fell down. 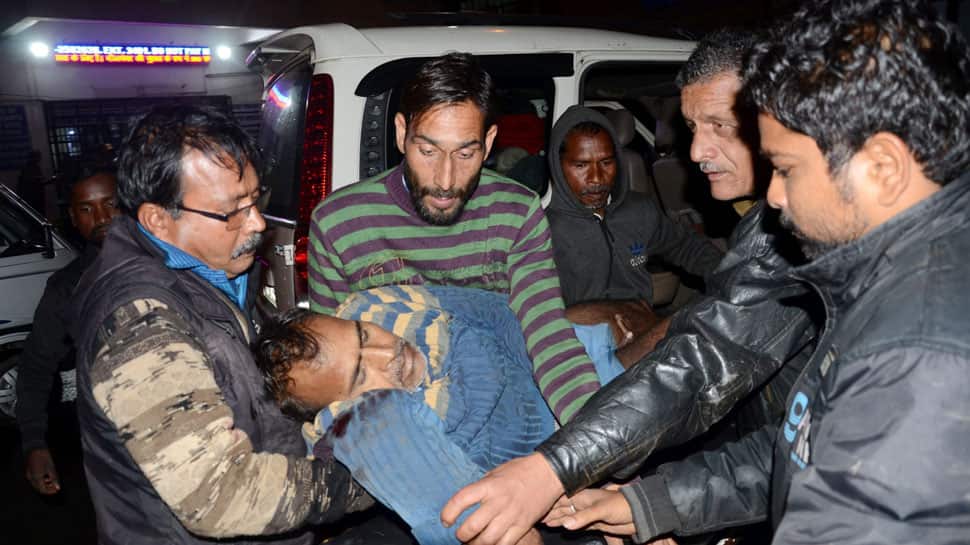 Two workers were killed and four others suffered injuries on Sunday after a cable car of the under-construction Jammu ropeway project crashed during a mock rescue drill, days before it was likely to be inaugurated by Prime Minister Narendra Modi, news agency PTI reported quoting officials.

The crash took place due to some technical snag near the Mahamaya temple in the evening, a police official said.

The executing agency was conducting a mock rescue drill and due to imbalance, one of the trolleys carrying six workers fell down.

One of them, 45-year-old Rakesh Kumar from Bihar, died on the spot. The rest five -- Hari Krishan (45), Manjeet Singh (32) and Lovely of West Bengal, Ravinder (30) of Uttar Pradesh, and Engineer Balkirat Singh (32) of Jammu -- were rushed to the Government Medical College hospital where Krishan died later, they said.

Jammu and Kashmir Governor Satya Pal Malik ordered a magisterial inquiry into the accident and announced an ex-gratia relief of Rs five lakh to the next of kin of those killed. He also directed the divisional administration to provide free medical treatment to the injured, an official spokesman said.

On the instructions of the Governor, Advisor Khurshid Ahmed Ganai and Chief Secretary B V R Subramanyam visited the injured in the hospital late in the evening. The Chief Secretary also visited the accident site and took stock of the situation, the spokesman said.

The Jammu ropeway project, planned to boost tourism in the winter capital, is likely to be inaugurated by Prime Minister Narendra Modi on February 3.

The 1.66-km-long cable car project has two phases, first from Bahu Fort to Mahamaya Park and second from Mahamaya to Peer Kho over the Tawi river, with a total length of 1,118 metres.

Jammu and Kashmir National Conference President Farooq Abdullah and Vice President Omar Abdullah expressed anguish and grief over the death of two persons in the incident, describing it as most "tragic and unfortunate". They conveyed their condolences to the bereaved families, prayed for peace to the departed souls and wished speedy recovery to the injured, a spokesman of the party said.

Punjab man jumps inside lions' enclosure, gets mauled to death