Burdwan blast took place on October 2, 2014 and the investigation of this blast helped the security forces in uncovering the sleeper cells of Jamaat-ul-Mujahideen Bangladesh operating in West Bengal.

The National Investigation Agency (NIA) on Monday arrested Habibur Rahman, one of the prime accused in Burdwan blast case. Rahman was arrested in Bengaluru and will be brought to Kolkata on transit remand. The NIA had announced a reward of Rs 10 lakh for providing information related to the whereabouts of Rahman, who is the closest aided of Burdwan blast mastermind Kausar. 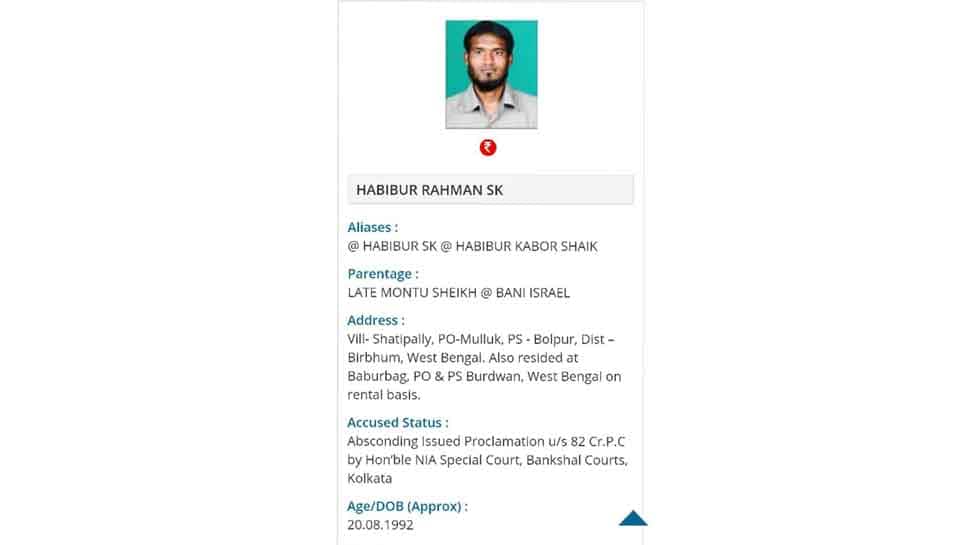 Burdwan blast took place on October 2, 2014 and the investigation of this blast helped the security forces in uncovering the sleeper cells of Jamaat-ul-Mujahideen Bangladesh operating in West Bengal. Two JMB operatives had died in the blast while making bombs while a third one was seriously injured. The initial investigation in this case was started by West Bengal Police but the probe was later handed over to NIA. The police had seized a huge cache of explosives, including IEDs and RDX from the blast site.

Earlier on Tuesday, the Special Task Force (STF) of Kolkata Police arrested four neo-Jamaat-ul-Mujahideen Bangladesh (JMB) or the Islamic State (IS) operatives in the city. Two operatives identified as Md. Jiaur Rahman and Mamonur Rashid - both Bangladeshi nationals, were arrested from the vicinity of Sealdah Railway Station's parking lot. The police have seized a mobile phone containing photos, videos, jihadi text and literature from them.

Two other operatives identified as Md. Sahin Alam and Robiul Islam were arrested from Howrah Station. The STF sid that Alam is a Bangladeshi national, while Islam is an Indian and belongs to Birbhum district in West Bengal.

Accoridng to Kolkata Police, all four arrested were using social media to spread their agenda of terrorism. The main motive of their organisation was to overthrow democratic governments in India and Bangladesh and establish Sharia law under a caliphate.